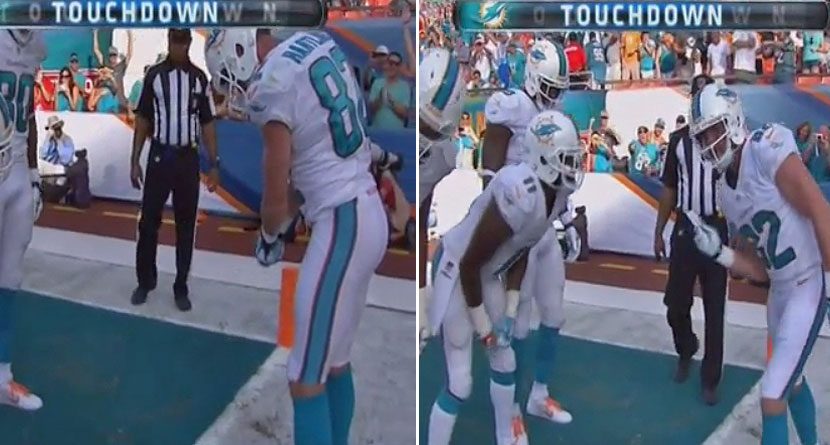 You wouldn’t think that golf and football have much in common, but apparently they do. And the NFL refs don’t seem to like that.

A month after Indianapolis Colts punter Pat McAfee broke out his golf swing after a booming punt, another golf celebration made it to the field.

Miami Dolphins wide receiver Brian Hartline caught his first touchdown pass of the season against the Kansas City Chiefs on Sunday, and after doing so, he drained a “putt” for a penalty.

The celebration was absolutely fantastic, and in no way deserved a flag. But, I guess if you can’t dunk the ball, you can’t putt either. It’s only fair.