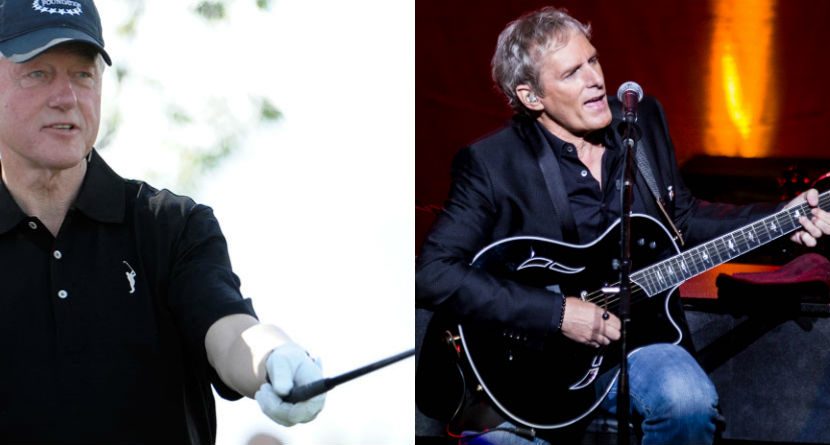 Politics and golf seem to go hand-in-hand. Much like the business world, it’s safe to assume many votes have been either won or lost while on the course.

It should go as no surprise, too, that when it comes to the political game, presidents do it best. There’s a long list of presidential golfers who have taken up the game either while in office or after their terms were up — but who’s the best?

Bolton was caught on camera by TMZ Sports trying to catch a flight Thursday and apparently enjoys playing golf with Clinton.

When asked who his favorite celebrity to play with was, Bolton answered with Bubba, before asking, “Is he a celebrity?”

The TMZ reporter followed up by asking, “Who’s the best presidential golfer of all time?”

Bolton quickly answered again with Clinton, who has had a long love affair with the game. He’s served as a PGA Tour ambassador, won a Distinguished Service Award from the PGA of America and isn’t averse to taking a breakfast ball when needed.