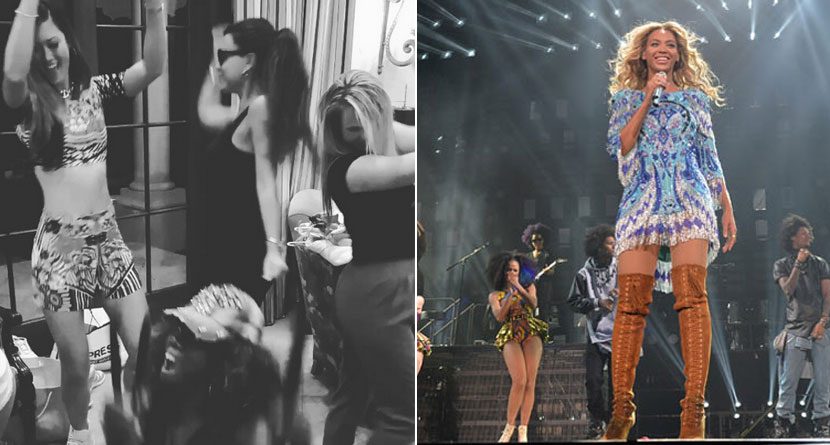 There are seemingly lots of things a major winner can do with their championship trophy.

They could keep the sentimental reward for their hard work, passion and desire in a safe and noble location, such as a fire place mantel or a trophy case. They could show it off while touring the world like NHL teams do with the Stanley Cup.

Or, they can use it as a shiny prop in a series of Beyonce-inspired Instagram videos.

That, folks, is Wie having an absolute blast following a shoot for Golf Magazine.

She’s joined by manager Jamie Kuhn, make-up artist Alexis Renny and other members of her team as they dance to Beyonce’s “7/11” and do their best to duplicate her unique music video: