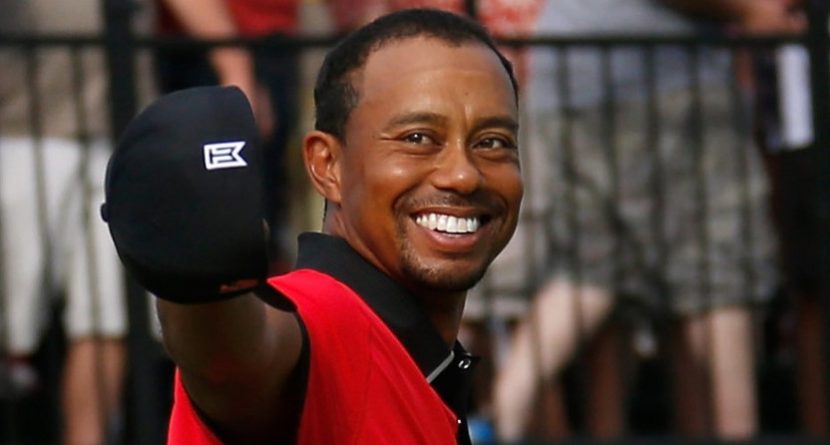 There’s nothing like a little Tiger Woods chatter to get a good debate going about the world’s top-ranked golfer.

Woods, who will miss this year’s Masters for the first time in his career, was the subject of discussion Friday on Mike Francesa’s popular sports-talk show on WFAN Radio in New York and on FOX Sports 2.

Francesa engaged in a quick dialogue with a caller on whether or not Woods’ 14 majors were attributed to more luck than skill.

“There’s no question that Tiger Woods is the greatest golfer of his generation, but I’ve always thought that going back to the late 90’s, 2000’s, that like some athletes he’s had a lot of luck,” the caller said. “I maintain that in four or five of his majors, he hit like two or three 25-foot putts that 9 out of 10 times he would miss so that he might really just have 8 or 9 majors.”

But Francesa disagreed, saying that Woods should be recognized for accomplishing so much in a circuit that is extremely tough to succeed in.

“It’s hard to win on the tour,” said Francesa. “He’s got 79 wins, which is a lot of wins, an outrageous amount of wins. That’s a tough one.”

In a season full of setbacks, Woods’ latest injury has raised questions on whether or not he’ll have a shot at the all-time record of 18 majors held by Jack Nicklaus. But the top-ranked player has maintained that he can regroup in enough time to make a run at the milestone. That would hopefully start with the second of the four majors, the U.S. Open, on June 12 at Pinehurst.