More Than Meets the Eyes: Magic on the Links 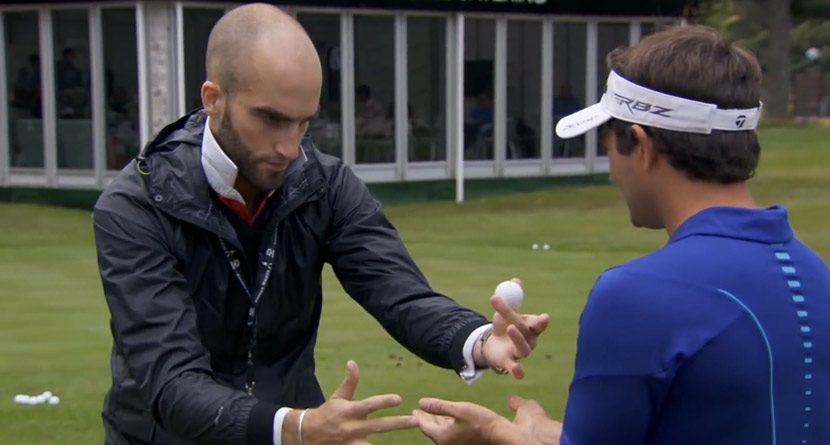 So, David Blaine was at it again this week, just doing his thing and blowing minds like he usually does. This time, the audience was a slew of A-list celebrities including Will Smith, Bryan Cranston, Aaron Paul, Olivia Wilde, Jason Sudekis, Kanye West, Katy Perry and more. Blaine has been the face of magic for a generation and this compilation from his show, “Real or Magic” on ABC shows why.

Seeing this video got me thinking. There are two things that have always captivated our imaginations: magic and athleticism at the highest level. Whether it’s Houdini, or Penn & Teller, or David Blaine, or Seve, or Phil, or Bubba, a sense of awe and wonder sweeps over us while taking in their brilliance. Sure, most of it can be explained by physics, algorithms, complicated solutions and something about 10,000 hours, but none of that is nearly as much fun as believing that a certain few can do the inconceivable.

The European Tour’s “Every Shot Imaginable” campaign has yielded some of the greatest golf advertising in recent memory, featuring magic tricks and shot-making variety. Euro Tour stalwarts tackle everything from giant washing machines to every duffer’s driving-range pastime — hitting the ball collector.

The spot that most caught my attention was titled “Magicians.” We have forever compared those who can imagine what we cannot, see what we cannot, and thus, do what we cannot to magicians. “Oh, Phil is like Houdini around the greens” or, “Rory is a magician with his long irons.” “Magic” is defined as “staging tricks or creating illusions of seemingly impossible or supernatural feats using natural means.” For any of us who have tried to re-create this shot-making masterpiece, it certainly seems like magic is the only explanation for it.

While there are plenty of “trick shot” videos on YouTube that could easily be debunked as fake, such as this one from Rory McIlroy or, if you’re a real cynic, this one by Martin Kaymer, the Euro Tour’s ad seems pretty legit. Magician DMC joins the fun and does as much of the wowing as Paul Lawrie and Jose Maria Olazabal. If you haven’t already caught the spot, then here it is.