Nickname on Ray Allen’s Jersey Will Make You Laugh 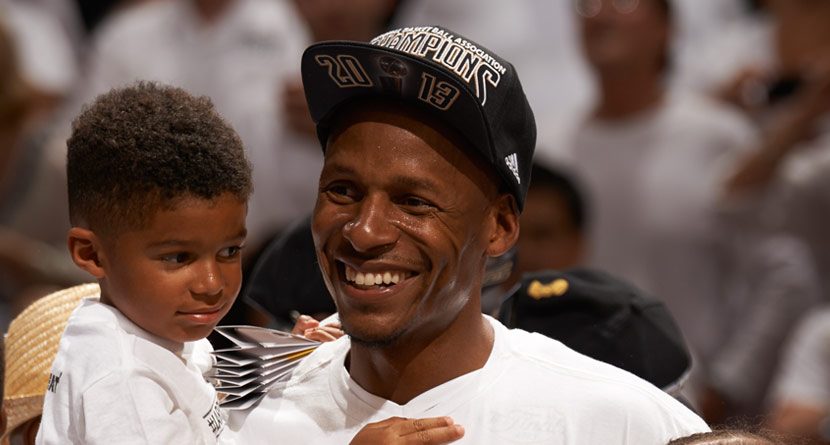 How many times have we wondered what would happen if Rick “Wild Thing” Vaughn got to pitch in the majors? Or if Roy McAvoy actually teed it up in a U.S. Open? If you’re like me, the answer is all the time. Now, at least in the case of Jesus Shuttlesworth, we’ll actually get to find out.

The NBA plans to debut nickname jerseys later this season, with the Brooklyn Nets and Miami Heat as the teams targeted to wear them first. Spike Lee tweeted this picture of the Jesus Shuttlesworth jersey that Back9 board member Ray Allen, who played Shuttlesworth in Spike Lee’s film “He Got Game,” would wear in these games.

These jerseys look incredible. While the Ray Allen/Jesus Shuttlesworth situation is unique because of the Hollywood tie, all of these are pretty cool. The “Cole Train”  Norris Cole and “King James” LeBron jerseys only makes me long to see a “Mamba” jersey for Kobe or a “Linsanity” jersey for Jeremy Lin in the future.  If the NBA plays their cards right, these could be a huge hit on the retail market. What I really want to see is what would end up on the back of Ron Arte- uhh, Metta World Peace’s jersey.

The @MiamiHEAT will be wearing these @adidasHoops nickname jerseys Jan 10 vs the Nets. Got a favorite? pic.twitter.com/dQL4Kv4VvZ

Time will tell if this will be a one-off publicity stunt, if it’ll end up like Major League Baseball’s ill-conceived “future” jerseys from 1999 or if it will be a run away success. Either way it’ll be cool to see Jesus Shuttlesworth come to life, at least for one night. We’ll never get to see “Crash” Davis or “Nuke” LaLoosh in a major league game, or see if Greg “Goldie” Goldberg could hack it in the NHL. But we will get to see Jesus Shuttlesworth.

And for that, we sport movie geeks are grateful.