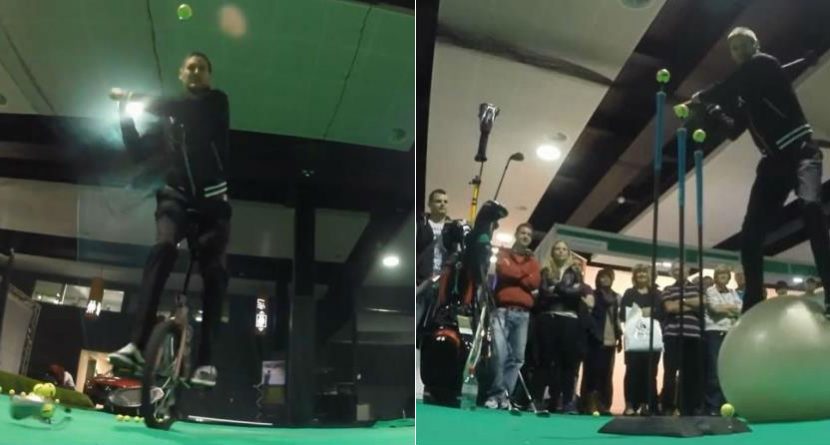 The London Golf Show took place this past weekend, bringing together hundreds of companies and thousands of fans. Many of them spent time at the exhibit for the Golf Trick Shot Boys – because how could you not stop and watch someone hitting balls while standing on an exercise ball? Or while riding a unicycle? Or playing a little tennis-golf?

The lads put on a quite a show:

Here’s another look at that unicycle shot:

And just spending some time at the range working on the exercise ball shot:

This isn’t the Golf Trick Shot Boys’ first show, and it surely isn’t their last. The degree of difficulty in golf trick shots these days is pretty astounding, and the level certainly won’t drop anytime soon with these Brits leading the way.