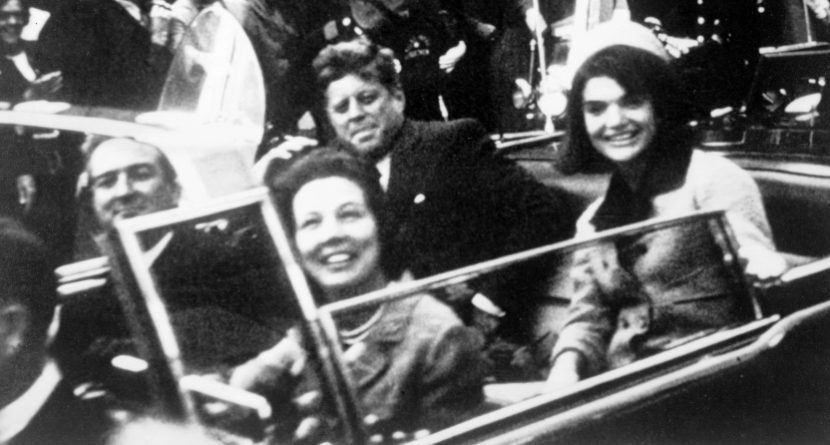 Rex Baxter Jr. That’s the answer to your next golf trivia question: Who won the PGA Tour event that was ongoing when U.S. President John F. Kennedy was assassinated? The 1963 Cajun Classic was the only PGA tournament the then-26-year-old ever won. Unfortunately, it was overshadowed by the fact that the great Jack Nicklaus placed fifth but earned enough money to surpass the $100,000 mark for the year of 1963, joining only Arnold Palmer in reaching six figures over one season.

And, of course, the event was dwarfed by the debate about whether or not it should have even been played out.

Fifty years ago today, President Kennedy was shot and killed while riding in a motorcade in Dallas. As detailed in a great piece on FoxSports.com, golf was the only professional sport actually playing when the incident happened.

“I was on the ninth green at the Cajun Classic,” Nicklaus said.

Said tournament chairman Earl Flatt: “I was walking down the 15th fairway. Somebody came down from the clubhouse and told me. That’s when we halted play.”

It was a Friday, so the second round at the Oakbourne Country Club in Lafayette, La., was underway. Upon learning of the first U.S. president assassination since 1901, Flatt met with tournament organizers.

“I wanted to halt play, but that was overridden by the majority,” Flatt said.

So the second round finished out before the board of directors opted to postpone the third round. No golf was played that Saturday, but because it was the final tournament on the PGA Tour schedule in 1963, the Cajun Classic ended with 36 holes on Sunday.

Other games were canceled, but the NFL also played that day, during which Lee Harvey Oswald – the sniper accused of killing the president – was shot and killed while being transported to jail. No further stoppages of play were issued at the golf tournament, and Baxter rallied from three strokes behind Sunday morning to two strokes ahead of Bob Shave Jr. by the evening.

Not even Baxter wanted to celebrate.

“Nobody was in a festive mood,” Flatt told FoxSports.com. “We wanted to end the Cajun Classic.”