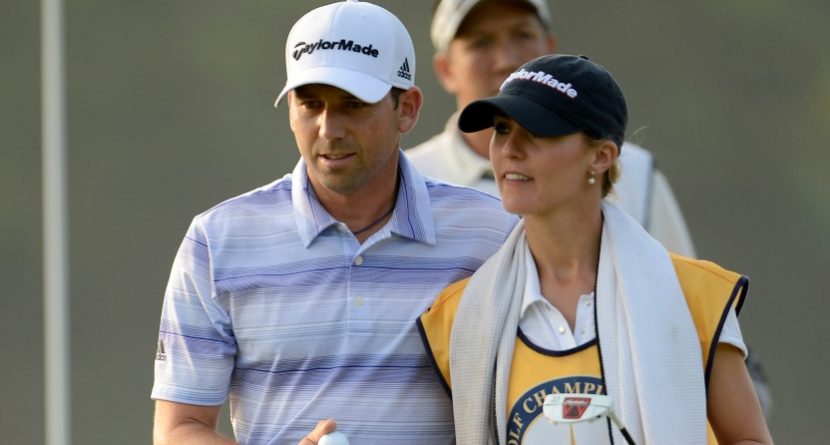 Shooting a 59 over 18 holes is rare – so rare that it’s never happened on the European Tour. Seeing two players card a 59 on the same day in the same tournament is even rarer. Yet, rarer still would be those two 59s not going down in the record books.

Remarkably, both Jorge Campillo and Colin Nel each recorded 11-under-par 59s on Friday in the second round of the Nelson Mandela Championship in South Africa. The scores count for the tournament, but won’t be considered European Tour records because conditions on the rain-soaked course allowed players to take preferred lies – meaning they could lift and clean their ball anywhere on the course before placing it back down to play.

The 59 shot Campillo up the leaderboard after a first-round 70, as he sits just one shot behind Daniel Brooks, who’s 12-under. The second round was only partially completed Friday due to the weather, but the tournament will conclude Saturday.

In other odd news, Sergio Garcia might win a tournament. The Spaniard is leading the Thailand Golf Championship at 7-under, three shots ahead of U.S. Open winner Justin Rose. Garcia was aided by a new lady friend on his bag, and by a hole-in-one on the par-3 eighth.

Check out the ultra-fortuitous roll Garcia received for the ace: