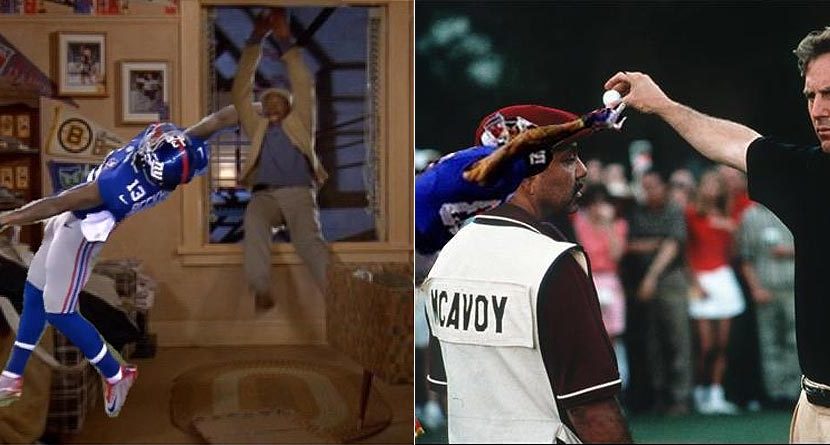 New York Giants wide receiver Odell Beckham Jr. made one of the greatest catches of all time Sunday night against the Dallas Cowboys. The catch really needs no explanation, and if you somehow haven’t seen it yet, take a look below:

Like mostly everyone else, several golfers shared their thoughts on the “catch heard around the world.” Many are saying it’s the greatest catch they’ve ever witnessed.

That’s the best catch I’ve ever seen. Hands down. #SundayNightFootball

Well they certainly had a great montage to set us up for that catch. Wow. Beckham Jr is quite a player.

Naturally, an incredible catch like this sent the internet into a frenzy with fantastic memes and Photoshopped-images of Beckham Jr. catching, well, everything. There are some great ones out there, but we’ll start with the best ones in golf:

If only Odell was present when Gilmore murdered Chubbs pic.twitter.com/AG152kjf0L

Odell, we needed you three weeks ago! You may have caught the tree! #OdellBeckham pic.twitter.com/u7xUkBUIGO

And here are the best of the rest:

Odell Beckham Jr.’s catch was out of this world: http://t.co/YRElpGfj66 pic.twitter.com/5b77TlTU9A