One Day, Two Chases: Another Car Tears Through California Course 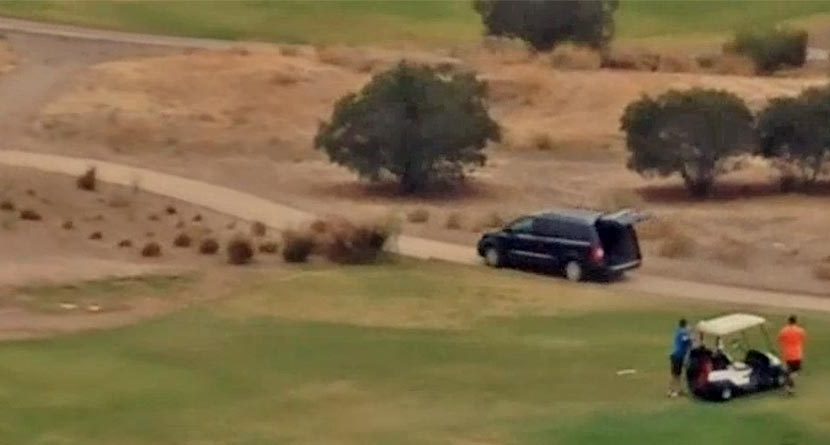 On Tuesday, we brought you a story about a stolen truck driving through a golf course and ending up in a lake on the ninth hole. Why is this relevant? Well, because that wasn’t the only car to tear through a California golf course on Tuesday.

According to NBC Los Angeles, there was also an incident in Corona, Calif., where a minivan tore through a course during a police chase.

The suspect was wanted for using a stolen credit card at a Home Depot, which then led to the chase through Eagle Glen Golf Club. The van drove over tee boxes, through bunkers and down cart paths, coming close to players on the course.

The chase ended 25 miles east of the golf course in the town of Perris, where the suspect was shot and killed by police.

Two cars ripping through separate courses in the same state on the same day. You just can’t make this stuff up.