Open Championship Reflections: The State of Golf Is Strong 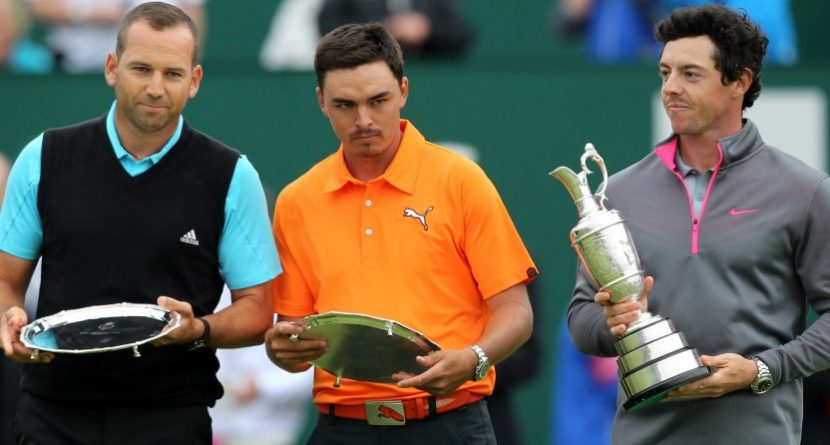 HOYLAKE, England — The record books will tell us that Rory McIlroy won the 2014 Open Championship at Hoylake by just two shots. Anybody who believes that the 25-year-old Irishman did anything other than stroll to his third major victory knows little about golf. He was in control of the final round from the moment he holed that birdie putt on the first hole to extend his overnight lead to seven shots.

That’s to take nothing away from Sergio Garcia and Rickie Fowler, who finished as joint runners-up. They shot 66 and 67, respectively, and in the final round of a major championship, it really doesn’t get much better than that. It was the third time this year that Fowler, who is also 25, has been in the mix on the final day — he performed similar deeds at the Masters and the U.S. Open, and his first major cannot be far away.

Garcia, at 34, has finally grown up and proved to both himself and his fans that he may yet have what it takes to win a major. He has come close many times, but has always found a way to blame everybody and everything other than himself for his failure to convert his chances.

At Hoylake we finally saw a golfer who took everything in stride — good breaks and bad were treated just the same. If Garcia had learned to behave this way 10 years ago, who knows how many times he would have won when it really counted?

We may also have a seen a passing of the baton at The Open. McIlroy only needs to win the Masters to complete a career grand slam. Only two players have been younger than him when winning three different majors: Jack Nicklaus and Tiger Woods.

Woods arrived in Britain making all the right noises and many were convinced by his first round of 69, but the truth is that it was always a struggle for him. His general play wasn’t Tiger-like and included a couple of triple-bogeys.

He won’t take any great store by it, but it has been six years since Woods last won a major and the last time he was truly in contention, he lost the PGA Championship to Y.E. Yang.

Woods may yet add to his 14 majors, but we need to look at the here and now, and the best news of all is that golf is in great shape. Apart from McIlroy, we have Jordan Spieth, Martin Kaymer, Victor Dubuisson, Matteo Manassero, Patrick Reed, Fowler and many other great prospects in their 20s. And that is without talking about the likes of Dustin Johnson, who just turned 30, Henrik Stenson, Adam Scott, Justin Rose and Matt Kuchar.

This Open was a huge success for all sorts of reasons. For three days we had great weather, and on Saturday we saw the R&A get its act together and put the players out early in threesomes from a two-tee start to avoid the torrential rain that had been forecast and duly arrived.

The course was in magnificent condition and the town of Hoylake laid on a warm welcome for everybody. And we had 202,000 fantastic golf fans. They came from all over the world, but mostly they were from the Liverpool area and apart from one drunken heckler who was ejected during the final round, they behaved impeccably and created an atmosphere that all of us who experienced it will remember for the rest of our lives.

There was also the unforgettable sight of 64-year-old Tom Watson marching down the 72nd fairway on his way to a 68 and receiving a standing ovation from every person in attendance. He will be back at St. Andrews next year as a pensioner for what is expected to be his final Open appearance. The game will be a lesser sport for his absence, just as it will be after the death of Bob Torrance, the respected golf coach who worked with the likes of Darren Clarke and Padraig Harrington. It was a touch of class to see so many players, including Woods, wearing black ribbons on their caps as a mark of respect to a man who lived for golf.

Was this a great Open Championship? It saw the rebirth of Rory McIlroy, and it saw his father, Gerry, and three of his friends collect on a £400 bet at odds of 500-1 set 10 years ago that McIlroy would win The Open by the time he was 26. It saw Fowler confirm himself as possibly the most exciting golfer in America. And it saw almost everybody go home with a smile on their faces.

Yes, it was a great Open. One of the best.