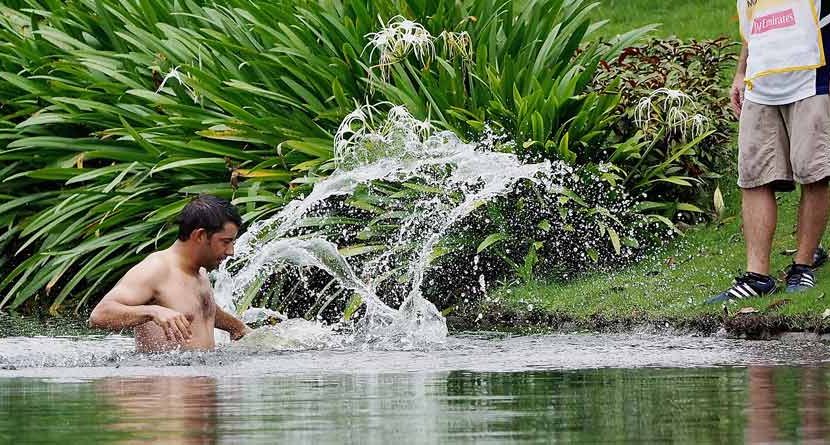 Pablo Larrazabal survived one of the scariest moments of his career on a golf course Friday, then proceeded to make birdie in the process. After hitting a bunker shot on the fifth hole (his 14th of the round) at the Malaysian Open, Larrazabal was attacked by a swarm of hornets.

“They were three times the size of bees. They were huge and like 30 or 40 of them started to attack me big time,” Larrazabal said. “My caddie told me to run, so I start running like a crazy guy, but the hornets were still there, so the other players told me to jump in the lake.”

He was stung 20 times before jumping in the water to get the hornets off him. Larrazabal took off his shoes and threw his scorecard down before he jumped in, saving at least those two items from being soaked.

After changing his shirt and receiving medical treatment, Larrazabal stuck his approach to 20 feet and made his birdie putt. Impressive. The Spaniard went on to shoot a second-round 68 and is currently tied for 25th after two rounds.

“It looks like I’ll be playing the weekend, so tomorrow it will be very, very scary to play that hole,” he said.

Hopefully Larrazabal will be able to avoid another hornet incident this weekend, but making birdie after getting stung 20 times is quite the achievement.