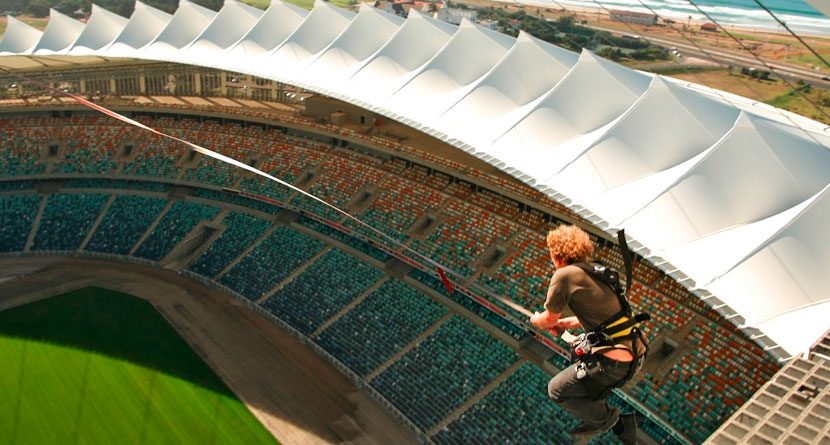 The saying goes: A happy wife is a happy life. So Padraig Harrington is a smart man.

The Back9 ambassador is in Durban, South Africa, this week for the Volvo Golf Champions event on the European Tour. The city is the home for Moses Mabhida Stadium – one of the venues for the 2010 World Cup – which features the “Big Rush.” The Guinness Book of World Records named it the world’s tallest swing in 2011.

Harrington considered leaping off the top of the stadium, which would have included a vertical drop of nearly 200 feet, followed by a swing across the stadium. But when Mrs. Harrington learned of her husband’s desires, they were nixed.

“I was told in no uncertain terms by Caroline (his wife) that I was not to try bungee jumping in the week of a tournament,” Harrington told the Irish Independent.

But Harrington did get to play around at the stadium. Along with Branden Grace and Louis Oosthuizen, Harrington partook in another challenge thought up by the European Tour. They took shots from the stands at a target on the soccer field. That’s not the first time Harrington has gotten in on the fun with European Tour challenges.