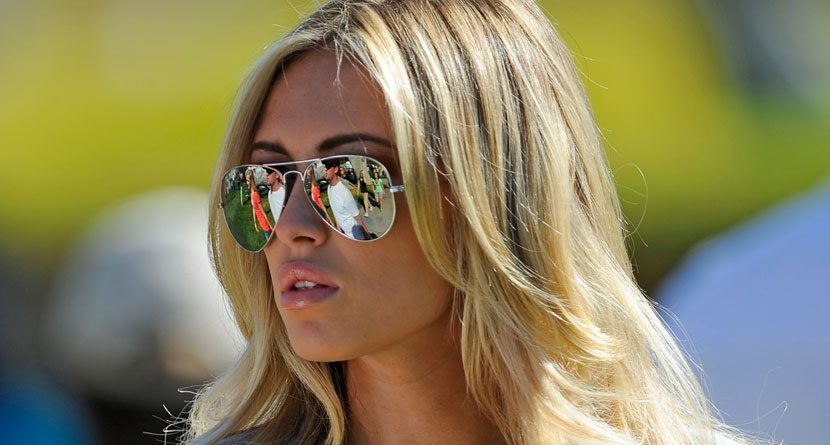 Ever since the world learned that PGA Tour star Dustin Johnson was dating Paulina Gretzky, the two have been inseparable both on and off the golf course. According to golf equipment company TaylorMade’s Twitter feed, it now appears that Paulina will appear in a commercial for the brand.

@PaulinaGretzky great having you on set today, we’re looking forward to seeing the final product as well!

Paulina confirmed the filming engagement posting this picture on her own Twitter feed.

Such a fun day on set with @TaylorMadeGolf !! Can’t wait to see the commercial pic.twitter.com/nMJrcFpKbq

There is no doubt fiancé Johnson – who is sponsored by TaylorMade – got the wheels turning on Paulina’s inclusion in the commercial. She may be considered the unofficial First Lady of Golf before too long.