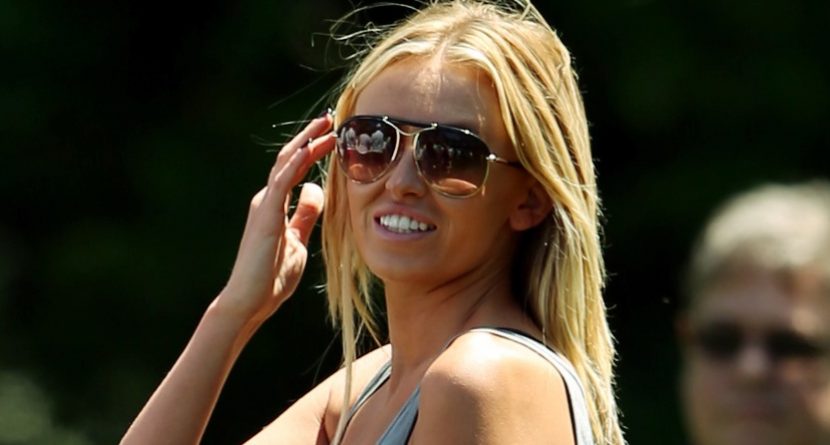 Instagram goddess Paulina Gretzky is at it again, and this time we’re all impressed for a different reason than normal. Apparently, she hasn’t just been watching her fiancé, PGA Tour star Dustin Johnson. She’s been taking notes.

It’s not likely that Paulina simply learned this beautiful swing through osmosis; there must have been some hard work put in. She and DJ have been seemingly inseparable since they first made headlines last January, when she followed him around Kapalua. So it stands to reason that she not only followed him from continent to continent, but perhaps from driving range to driving range, too.

Not to mention, she does come from an extremely athletic family. Everyone knows (or could easily surmise) that her father is “The Great One,” Wayne Gretzky. But her brother, Trevor, is a prospect in the Chicago Cubs farm system. Besides being blessed with the obvious, she also got a significant amount of athletic genes, too.

Dustin Johnson is most certainly a very lucky man