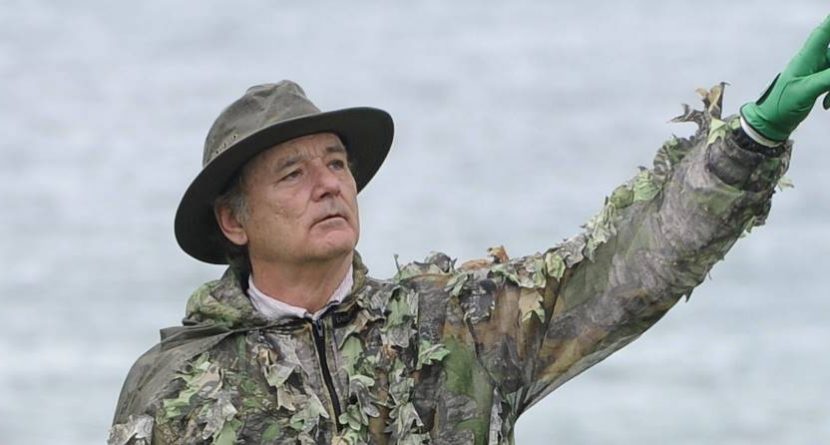 It’s a sad day for the AT&T Pebble Beach National Pro-Am. The PGA Tour/celebrity event tees off Thursday on the beautiful Monterey Peninsula, but absent will be the tournament’s biggest star. Tiger Woods won’t be there either.

The esteemed Bill Murray and his comical antics won’t be on hand for the first time in five years. Turns out he’s got a real job aside from partying at Pebble. He’s among the stars in the new movie “The Monuments Men,” which Murray is out promoting prior to its release Friday.

So the Pro-Am carries on without the amateur golfer many of the fans come to see. Peyton Manning will be in the field, and he’s a big draw. But you won’t see him doing sand angels in a bunker, or sporting a rainbow umbrella as a hat. Only Murray would do such things.

“Bill has become an institution to our event, and the best part of that is he gets it,” says Steve John, the tournament director of the AT&T Pro-Am. “Celebrities bring the dollars through the gates and since we do this strictly for charity, they are essential to our goals both in terms of attendance and TV ratings.”

Attendance and TV ratings are crucial for the AT&T Pro-Am because it’s the last PGA Tour event that includes celebrities in its pro-am field. It earned that distinction after the Humana Challenge, which used to be the celebrity-filled Bob Hope Classic, shed its celebrity format earlier this year.

Thus, the AT&T event wants to get even bigger and better.

“We’d like to get the hottest names every year,” John said. “My goal is five new faces a year to offer more variety, which we hope is going to bring a new audience to this event every year. We don’t want to get stale.”

Murray, however, never gets stale. He’ll get an invite every single year. Everyone hopes his absence this year is just an aberration.