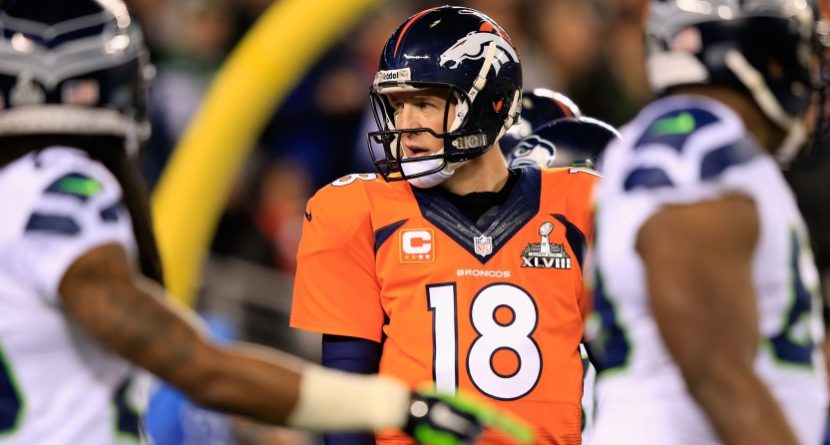 Back in February, during the party that is the Waste Management Phoenix Open, Kevin Stadler made it well known who he was pulling for in the NFL’s Super Bowl that same weekend. During that Saturday he sported a solid orange Denver Broncos polo, and on Sunday, while Stadler was charging to victory, the former Denver high schooler donned another orange polo, this time with navy blue slacks.

It turns out the PGA Tour wanted the Denver Broncos to win too – yet for reasons that had nothing to do with any hometown allegiances.

The tour knew that its third leg of the FedExCup playoffs – the BMW Championship – would be played at Cherry Hills in Denver. It would mark the first time the PGA Tour made its way through Colorado since The International folded after 2006, so it wanted to ensure as many fans as possible would show up. And it knew that the opening round of the tournament would start the very same day that the NFL kicked off its 2014 season.

As has become tradition with the NFL, the winner of the Super Bowl hosts the first Thursday night game the next season (except for last year, when the Baltimore Ravens could get no help from the Orioles, whose stadium shares a parking lot with the Ravens). So that meant if the Broncos won the Super Bowl, Denver would host the opening game shortly after the first round of the BMW Championship concluded this week. It would be a great way to start a big sports weekend.

Instead, the Broncos failed to show up for the Super Bowl, and the Seattle Seahawks essentially began making plans to host 2014’s first Thursday night game after the first quarter.

However, the PGA Tour got its second wish. Because the Broncos and quarterback Peyton Manning are still a huge draw, the NFL opted to put the first Sunday night game of the season in Denver. Rory McIlroy, Phil Mickelson and Bubba Watson are thankful for that, because soon after the BMW Championship holds its awards ceremony around 4 p.m. MT on Sunday, they’ll all cruise up Interstate 25 to catch the Broncos taking on the Indianapolis Colts at Sports Authority Field at Mile High.

With the Broncos’ Super Bowl loss, the PGA Tour feared that they would host a Sunday afternoon game. Those start at 2 p.m. local time – right in the middle of the BMW’s final round. Denver is an avid Broncos town, so it could have been conceivable for fans to leave Cherry Hills in time to watch the Broncos game.

Then again, Denver hasn’t seen this many elite golfers come through town in years. They probably could have skipped (or recorded) one football game – the first of at least 16 they’ll have this year.

Regardless, the PGA Tour is thrilled that fans can watch the top 70 golfers and still have time to catch their beloved Broncos.