Phil Mickelson: ‘I Want To Be An Olympic Athlete’ 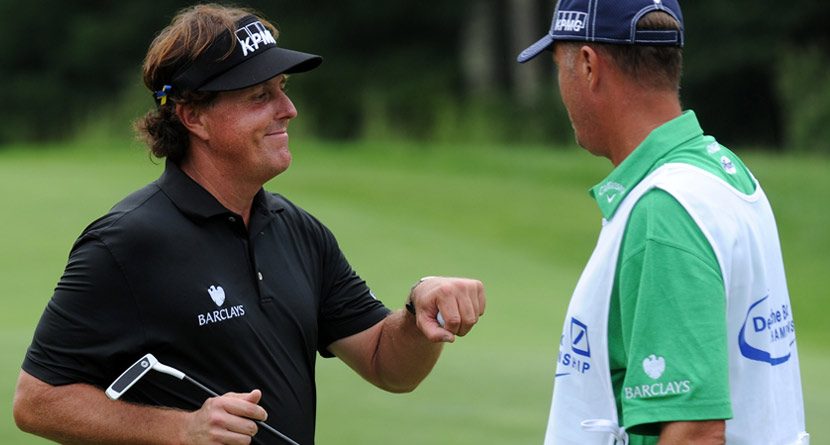 Callaway ambassador Phil Mickelson recently sat down on camera with Harry Arnett, the senior vice president of marketing for Callaway Golf, and the two chatted, obviously, about Mickelson’s equipment and his spectacular 2013 season. But at the 10:35 mark in the video, Mickelson smoothly transitioned into a huge personal goal.

On one hand, that’s not surprising. Who wouldn’t want to compete in the Olympics, especially in the Games at which your sport makes a much-anticipated return? On the other hand, Mickelson is 43 now and will be 46 when the Rio Games kick off. It’s fair to ask: Will Lefty still be competing at the highest level?

Give the man credit for one thing: He’s setting goals and adjusting his career around them. Mickelson’s made it clear that the next box he wants to check off is the U.S. Open. He plans to trim his schedule in 2014 to gear up more for the majors.

And who knows, maybe a scaled-back schedule now will keep him sharp for 2016. But also to his credit, Mickelson is aware his game may not be where it is now. Here’s the rest of what Mickelson had to say about 2016:

“But right now, I’m still one of the top guys in the world, I’m playing some of the best golf I’ve ever played. I’m excited about the upcoming years because it’s taken me 20 years to acquire and accumulate this knowledge in each area of my game – on how to practice well, what kind of equipment’s best suited for those areas, mentally being focused and how to control my thoughts and so forth – to where I’m playing and competing at a level that is better than it’s ever been. I’m so excited about these upcoming years, but really with the longer term goal, three years down the road, of being an Olympic athlete.”