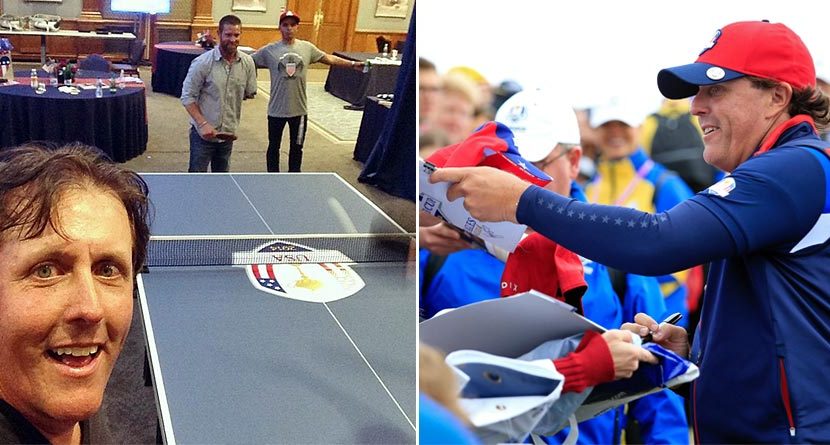 Phil Mickelson is a fun-loving guy. He’s one of the most beloved players on tour and always takes time to interact with his fans. But this week at the Ryder Cup, Mickelson did something unexpected… even for him.

He took a selfie.

Apparently, Lefty grabbed a Wounded Warrior’s phone and snapped a photo of himself (with a bonus photobomb by Rickie Fowler) in the U.S. team room. The story told by the veteran, himself, is fantastic.

noahgallowayathlete: I’ve had several interesting things happen to me, but I must say the moment Phil Mickelson grabbed my phone for a selfie and Rickie Fowler photobombed it is definitely one of those that top my list! #RyderCup2014 #TeamUSA

Leave it to Mickelson to pull off the extraordinary. And I’m sure Sergeant Noah Galloway had a great time with Mickelson and Fowler in the team room. It’s incredible in there.