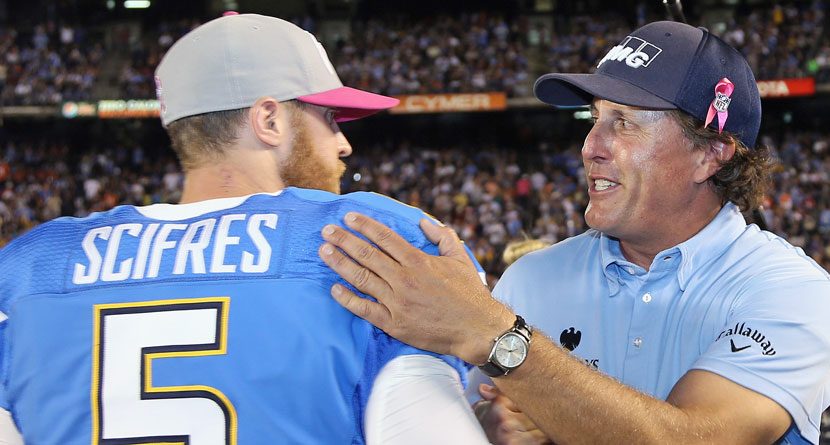 The San Diego Chargers defeated the Cincinnati Bengals during the AFC Wild Card game on Sunday, and Phil Mickelson was there to witness the action.

FoxSports: Chargers rally to down Bengals, will face Broncos next

@FraneyESPN @AdamSchefter hey bengals fans, get used to others celebrating at your house! pic.twitter.com/vSolXEY3Jn

Mickelson has been a long-time San Diego sports fan, even once considering an owner’s share in the San Diego Padres. There’s no doubt of his NFL fandom, of course, having traveled to the chilly and rainy Cincinnati area despite Winter Storm Ion.

And if the Chargers ever need a backup quarterback, Mickelson isn’t too shabby flinging the pigskin either:

Related Link: Phil Mickelson Can School You Lefty or Righty