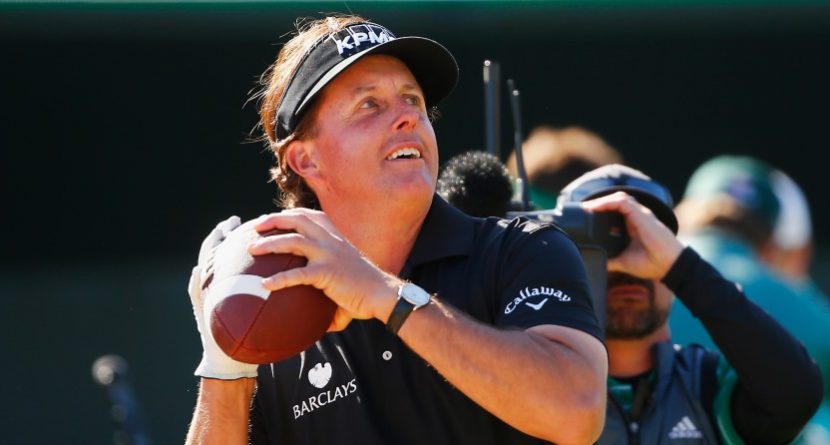 Phil Mickelson is a noted football fan, as evidenced by his traveling to watch his San Diego Chargers in Cincinnati and Denver earlier in the NFL playoffs. And Lefty showed us back in October that he’s got a nice arm throwing the football – a nice right arm.

He put that cannon on display for the fans to see over the weekend at the Waste Management Phoenix Open. Mickelson signed some footballs, then when he reached the raucous 16th hole, launched them into the crowd.

That might not have been the best move considering Mickelson nearly withdrew from the tournament due to back issues, but he loves to thrill the crowd. Lefty would have been more thrilled had he played better; he finished T-42 at 3-under par.

We first caught a glimpse of Mickelson’s arm at a photo shoot for Callaway Golf: