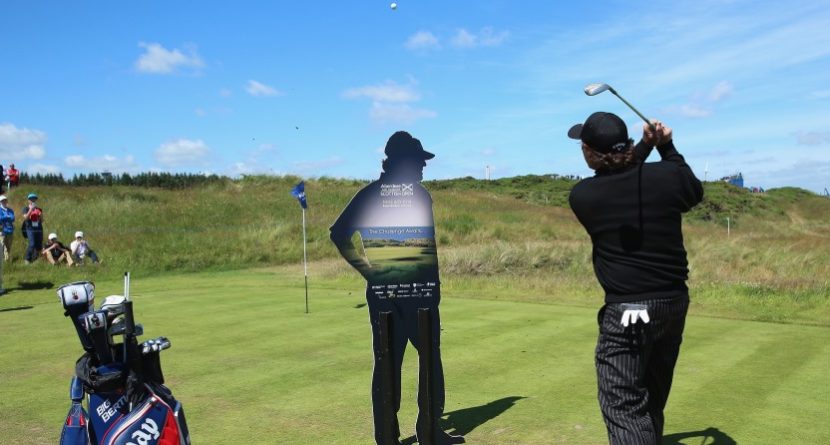 Phil Mickelson is the king of the flop shot. You know this, I know this, his fellow pros know this.

But how good are his competitors at the shot? This week at the Scottish Open, the folks at the European Tour – who are known to put players through a challenging test or two – wanted to find out. So they held a closest-to-the-pin contest with flop shots.

Oh, and the players had to hit over Mickelson:

Well played, Thomas Bjorn and Luke Donald. With a cardboard Mickelson staring them in the face, they flopped their balls within inches of the cup, while The Man himself was more than a foot away.

And the real Mickelson is glad they didn’t force him to actually stand in front of those shots. Otherwise he might have a black eye and a few bruises while out trying to defend his Scottish Open and Open Championship titles.

But just because Mickelson won’t stand in and let his colleagues attempt flops shots over his head from mere feet away, that doesn’t mean he won’t attempt the shot over a real person. The idea for this latest European Tour challenge came from Mickelson giving flop-shot lessons to Roger Cleveland.