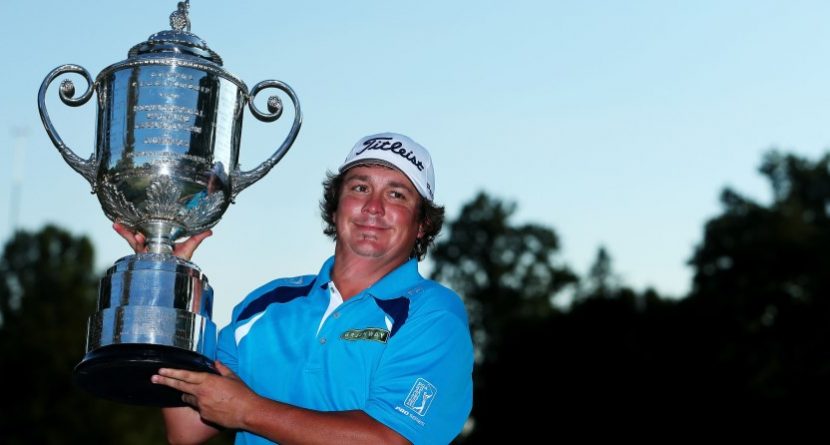 The PGA Championship has long been thought of as the “forgotten major,” in part because it’s the fourth and final one of the season and partly because it has yet to achieve the history that the Masters, U.S. Open and Open Championship can boast.

The Players Championship, meanwhile, has long been referred to as the “fifth major,” in part because it attracts arguably the deepest field of any tournament, which is a result the event offering the largest purse in golf.

PGA Tour Commissioner Tim Finchem and PGA of America President Ted Bishop made the announcement Wednesday afternoon at a press conference in Sea Island, Ga., ahead of the McGladrey Classic PGA Tour event this weekend. It came as a result of both groups wanting to expand their collaborative efforts to benefit members of both organizations and help grow the game.

The defending Players champion, Tiger Woods, collected $1.71 million for his victory in May, while last season’s PGA Championship victor, Jason Dufner, walked with $1.445 million. Winners of those events now will take in $1.8 million. While all four majors offered $8 million purses in 2013, the PGA paid its winner the most ($1.445 million compared to $1.440 for the Masters and U.S. Open, and nearly $1.443 for the Open Championship).

Among other initiatives discussed, the PGA of America will air public service announcements during PGA Tour, Champions Tour and Web.com Tour telecasts, and receive exposure on PGATour.com and on Sirius/XM Radio’s PGA Tour channel. Also, there will be an increased presence of PGA club professionals at select PGA Tour events.