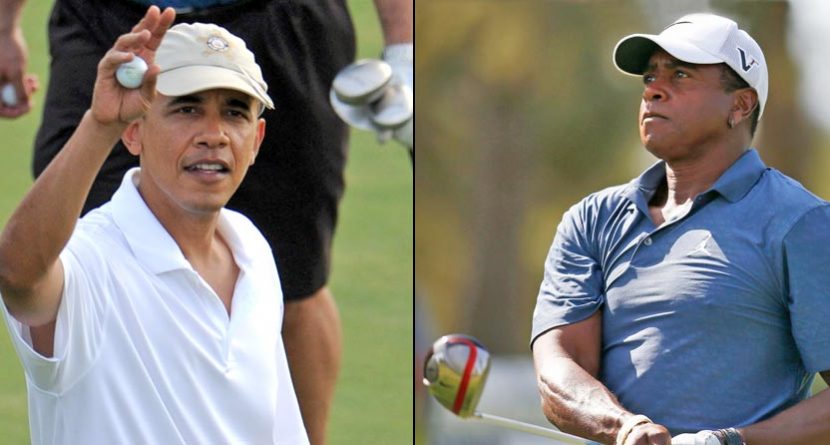 If you needed further proof that it’s good to be the leader of the free world, here it is.

President Obama and his family got away for the weekend at the very exclusive Ocean Reef Club in Key Largo, Florida. As is “par for the course” for an Obama getaway, the President took the opportunity to hit the links with some friends and new acquaintances, Back9Network’s Ahmad Rashad included.

We all knew Rashad had friends in high places, but the highest of places? Before the trip, the President had been making his way around the country, including a stop in Connecticut, in support of raising the federal minimum wage and, according to White House spokesman Josh Earnest, “was looking forward to some warm-weather downtime with his family.”

No word on scores or strokes given, but it sounds like a hell of a weekend considering how cold it is in Washington.