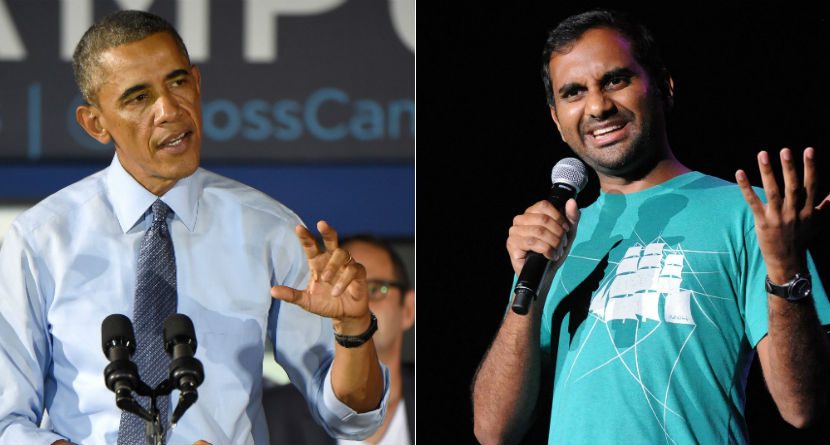 We’ve all heard about President Obama’s love for the game of golf. Who can blame him? We love it, too.

But have you heard about the time POTUS invited comedian Aziz Ansari to the White House and snubbed him to go hit the links?

As he explained earlier this week on the Howard Stern Show, Ansari was invited for a tour of the White House while in Washington for a show at the Verizon Center. Obama is, reportedly, a big fan.

Ansari put on his suit and tie and went to the White House for the tour and was told that the president may not be able to make time given the national security meetings he’s been involved in. Ansari understood and went through the tour and even lingered to, as he said, “increase the odds” of getting the chance to see Obama.

Some time after, Ansari saw a secret service agent walk by and say something along the lines of, “Alright, let’s do it. POTUS wants to play golf.”

Ansari said on the Stern show:

Hey, we’ve been there, too. There are times when you simply need to hit the links, when nothing — even the hilarious Aziz Ansari — will get in your way. And, apparently, the president approves this message.