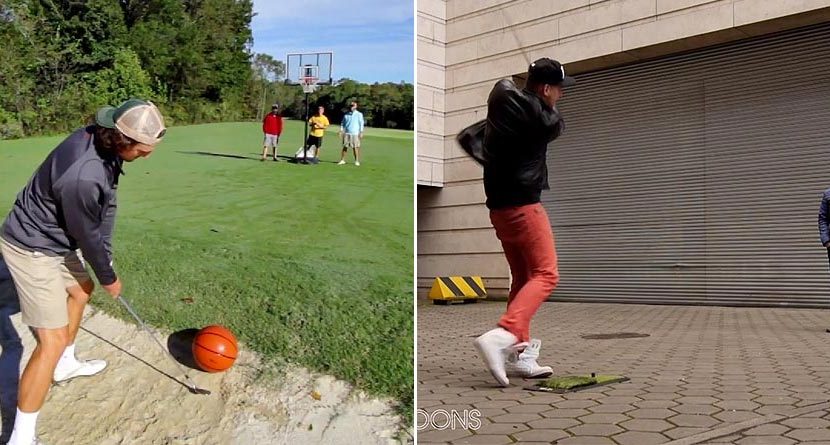 One could say 2014 was the “Year of the Trick Shot,” with a new, awesome video surfacing seemingly every other day. The Bryan Bros. are arguably the best duo of any group out there, giving fans incredible videos with staggering creativity.

That’s not to say they were the only trick shot artists to come about in 2014, though. There were the Austrian brothers, Charles Barkley (yes, Sir Charles), and an unnamed trio of college kids.

With so many to choose from, it was difficult to rank the best of the best … but we did it.

Accidentally trimmed the video earlier and missed my shot! Here it is again!

4. Canteen Off The Head

2. Skip Across The Pond

1. Basketball From The Upper Deck

Related Link: Is This Ridiculous Backstop-Putt Better Than The Original?