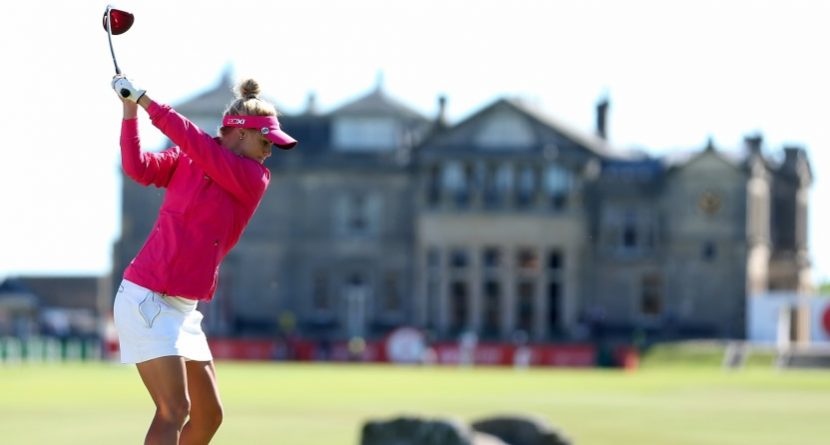 The home of golf may soon welcome women into its exclusive club.

According to the UK’s Daily Mail, the Royal & Ancient Golf Club of St. Andrews in Scotland has sent a letter to its 2,500 members urging them to allow women into arguably the most exclusive golf club in the world. It has been an all-male establishment for 260 years, since it was founded in 1754.

The “home of golf” – as St. Andrews is widely known due to the fact that it’s the base for the R&A, which serves as one of golf’s ruling authorities with the USGA – will discuss this hugely important policy change during the club’s spring meeting, then vote on the matter in the fall. Previous votes have denied membership to women, but none have ever been preceded by this type of insistence from the R&A. The letter to members was penned by Wilson Sibbet, the chairman of St. Andrews’ General Committee.

“Now is the time to ask members of the Royal and Ancient Golf Club to welcome female members into the club,” the letter said, adding, “It is of course for members to decide if they wish to alter the rules of the club to give effect to this change of policy. The General Committee sincerely hopes that this rules change will be enthusiastically supported.”

You may remember that the club hosting the 2013 Open Championship, Muirfield, came under fire last summer because it also goes by an all-male policy. As a result of that bias, Scottish First Minister Alex Salmond, the country’s political leader, refused to attend the tournament. And according to the Daily Mail, one of the Open Championship’s major sponsors, HSBC, urged the R&A to change its policy this past January, expressing displeasure over the Open being held at men-only clubs.

“It’s not something we are going to put a gun to anyone’s head over, but we would like to see it solved so we don’t keep talking about it,” said Giles Morgan, head of sponsorship at HSBC.

This inclusion movement in Europe comes nearly two years after America’s most exclusive club, Augusta National, home of the Masters, allowed its first female members since the club was founded in 1932. Former Secretary of State Condoleezza Rice and South Carolina financier Darla Moore were the women given membership.

Surely, folks all around the world second the sentiment of golf legend Gary Player:

Like Augusta National, the R&A at last realizes that you cannot lead by example, grow the game & exclude women members. Respect

Related Link: Women’s Golf and the Struggle for Parity