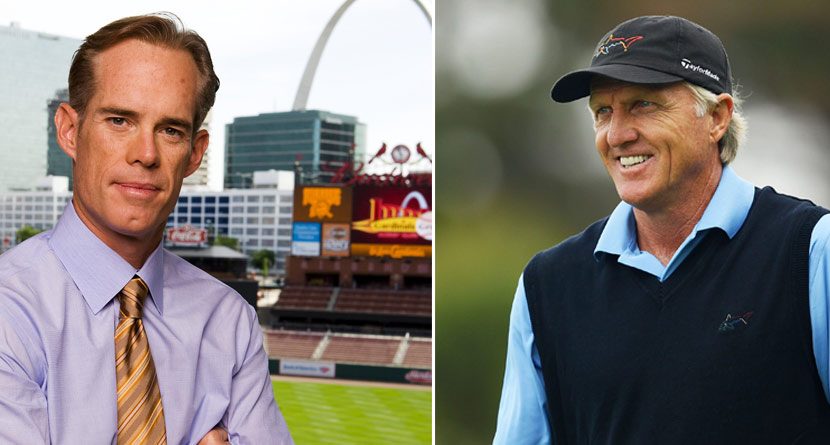 Since FOX Sports acquired the television rights to the 2015 U.S. Open, the question on everyone’s mind has been: Who will anchor the coverage?

According to Sports Business Daily, FOX has not formally announced its choices to call the action, but numerous sources indicate that it will be the job of Joe Buck, the network’s long-time MLB and NFL announcer, to take viewers through the 2015 U.S. Open from Chambers Bay. Buck will likely be joined by former world No. 1 golfer Greg Norman.

Norman won the Open Championship in 1986 and 1993. Buck is no stranger to golf himself, reportedly playing to a 3 handicap, and he has experience calling other major events such as the World Series and Super Bowl. Neither man has any experience calling golf.

Buck and Norman would take the place of NBC’s Dan Hicks and Johnny Miller. NBC has been the television home of the U.S. Open since 1995 and the change in rights came as a shock when it was originally announced in 2013.

FOX has never covered golf on television, but its record of success covering nearly every other sport bodes well. The contract extends through the 2027 U.S. Open and is worth nearly $93 million a year.

FOX has yet to make an announcement concerning on-course commentators or other personnel for the coverage.

Other Hot Links:
– Fox Sports Can Change Way We Watch Golf
– Greg Norman on Tiger: ‘I Probably Would Have Beat Him’
– Monday After the Masters Celebrates 20th Anniversary
– Bubba Watson’s Son Already Training for Augusta
– Did You Know? Bubba Watson Only Has One Green Jacket