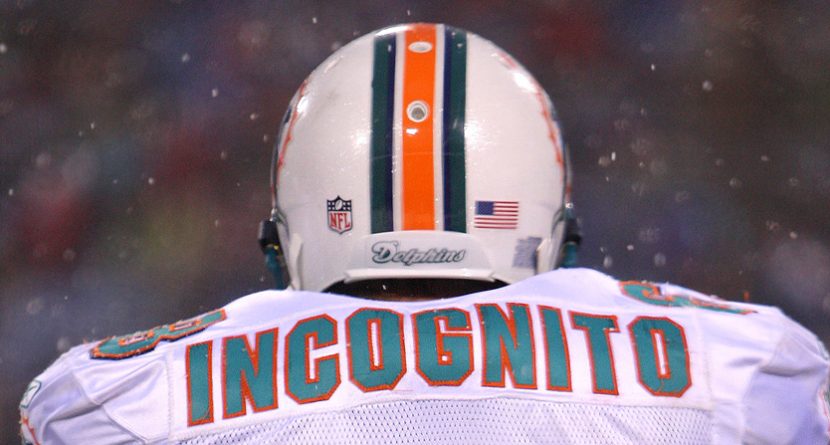 According to a report on ESPN.com, Miami Dolphins lineman Richie Incognito harassed a golf tournament volunteer in 2012 by touching her genitals with a golf club and spraying water in her face. Incognito, who was reportedly heavily under the influence, then rubbed his groin on her buttocks while singing “Let it rain! Let it rain!”

The volunteer informed her supervisor, who contacted Miami Dolphins security, who subsequently “handled the incident”.

The 34-year-old NFL player has recently been in the news for other less-than-awesome extra-curricular activities, specifically involving a series of racially-charged voicemails to former teammate Jonathan Martin. While Incognito has been indefinitely dismissed from the team while being investigated, it appears there may be a self-control issue on our hands. Er, his hands. You know what I meant.

Related Link: Stars Who Have Bounced Back From Scandal