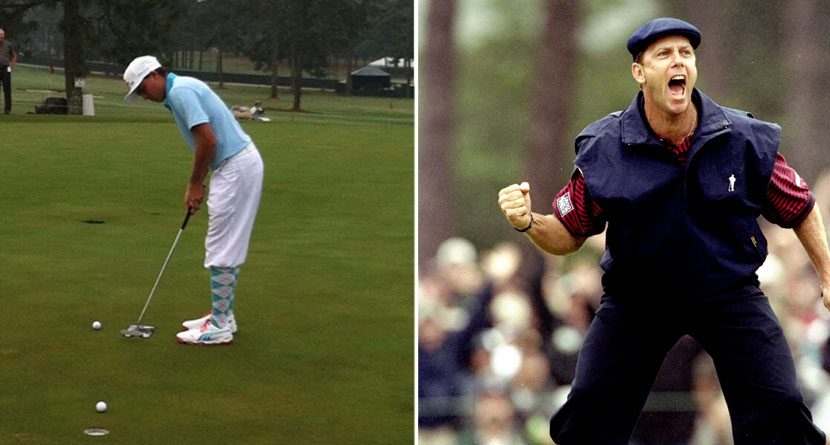 Rickie Fowler is somewhat of a style guru on the course, always wearing bright, perfectly-matching outfits. For the first round of the U.S. Open at Pinehurst, Fowler took his outfit up a notch in honor of golf legend Payne Stewart.

Stewart, who famously wore knickers during his playing career, left his mark at the 1999 U.S. Open when he made “the putt” to beat Phil Mickelson, at Pinehurst of course. To honor Stewart, Fowler wore a pair of white knickers for the first round. Fowler calls Stewart one of his “all time favorites,” and he’s not alone on that. Stewart was loved by all.

“This week you can’t help but think about Payne Stewart and his win at the ’99 US Open,” Fowler said. “I thought wearing the knickers, a look he was so famous for, would be a  nice way to honor and remember such a huge golf icon, and someone I’ve always admired and looked up to. He had such an impact on the game both on and off the course; always gracious, win or lose. We will all be thinking about him this week.”

It’s a great tribute by Fowler, the first of many great moments we’ll have at this week’s U.S. Open.