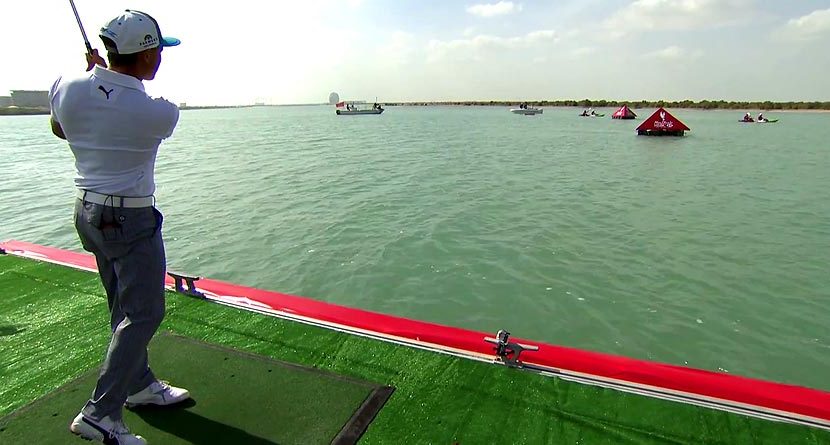 While the PGA Tour is posted up in sunny Hawaii, several guys are on the other side of the world playing in the Abu Dhabi HSBC Golf Championship. On the surface, it seems obvious that Hawaii would have been a better choice, but not when you see how much fun the players are having at the European Tour event.

The “Pitch & Paddle” game took place on the water, hence the use of fish-food balls. After being placed in teams of two (Rory and Rickie vs. Rose and Stenson), they battled it out to hit targets on the water while their caddies were in kayaks.

McIlroy and Fowler — the dynamic duo — came away with the win after struggling early on. The shot of the day went to Stenson, who nearly took out his caddie on the kayak.

I can’t imagine hitting fish-food golf balls at a tiny square target is all that easy. But hey, that’s why these guys are pros, right?