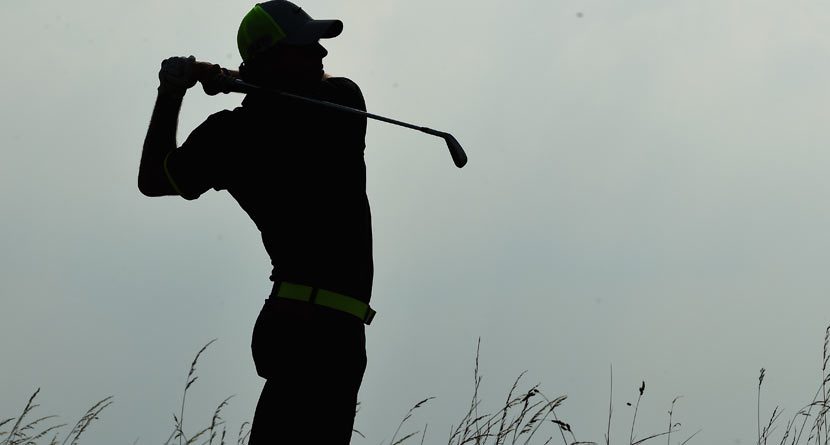 Ever since Rory McIlroy claimed the third leg of the career grand slam at the Open Championship last month, it seems like everyone is weighing in on the young man’s future. This group includes nearly every TV analyst, sports writer, hack, duffer and sandbagger, and even the man all these people think he’ll catch — Jack Nicklaus and his record of 18 majors.

“I think Rory is an unbelievable talent,” Nicklaus said during an interview with ESPN. “I love his swing, I love his rhythm, I love his moxie. He’s got a little swagger there, it’s a little bit cocky but not offensive. I like that. I like the self-confidence in a young man. He’s got an unbelievable amount of speed in his golf swing, he obviously hits the ball a heck of a long way. And he hits in there consistently and how he controls it.”

Nicklaus didn’t stop there with praise for McIlroy.

“I think Rory has an opportunity to win 15 or 20 majors or whatever he wants to do if he wants to keep playing,” Nicklaus said. “But you just don’t know what the guy’s priorities are going to be in life 10 years from now.”

Despite the praise, McIlroy has said he has no intention of trying to catch Jack and insists his focus is on his “next major.”

“Now that I’ve won my third, I just want to win my fourth. That’s the way I want to keep it,” McIlroy said shortly after winning The Open. “Putting a number on it just gives you more pressure, more expectation. I don’t think it’s fair on myself. If I can just keep adding to the number regularly … I don’t have a set number I want to get to.”

Just because McIlroy has a level head about the whole thing doesn’t mean everyone else does. And if he continues to rack up victories at the clip he’s been on, all this speculation will continue ad nauseam. He’s won his last two starts and comes into the PGA Championship as the favorite. If he wins this week, can you imagine what Augusta will be like next April?

In case you were wondering, there are only 245 more days until the 2015 Masters!