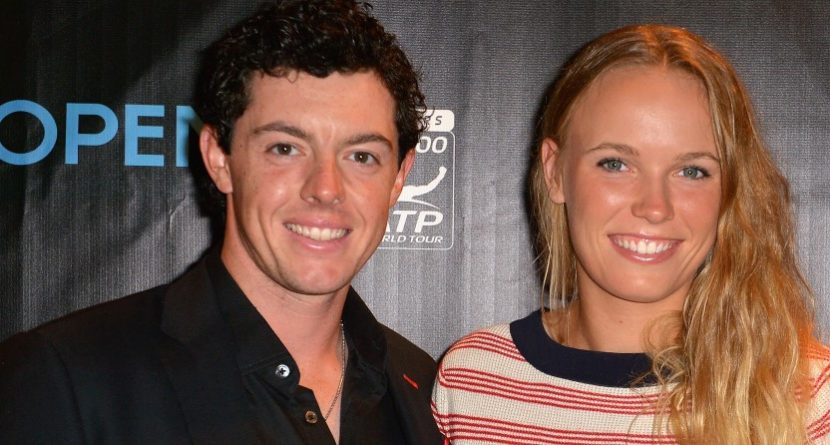 However, by Monday afternoon, Wozniacki had told a Danish newspaper that she and the golfer were indeed still an item.

The couple, which has been coined “Rorniacki” and “Wozilroy” in some extremely weird golf fan circles, has dated for two years.  Rumors of their break up hit the interwebs Sunday afternoon. The news may have been music to the ears of some McIlroy fans, however, especially since his relationship with Wozniacki was often blamed for his recent poor play on the golf course.

Once ranked No. 1 in the Official World Golf Rankings, McIlroy slowly lost his lead to Tiger Woods, who regained the top spot in 2013. Wozniacki experienced a similar decline in world prominence after losing her top world tennis ranking in the same year.

If the break-up rumors are true – which would not be the first time the couple has called it quits – it would mark the final stage in what appears to be a personal life purge for McIlroy. After ending partnerships with sports mega-agent Chubby Chandler in 2011 and later Horizon Sports Management less than two years later, McIlroy and his father created their own sports agency, Rory McIlroy, Inc.