Rory McIlroy Breaks Bread With Bubba… Clinton That Is 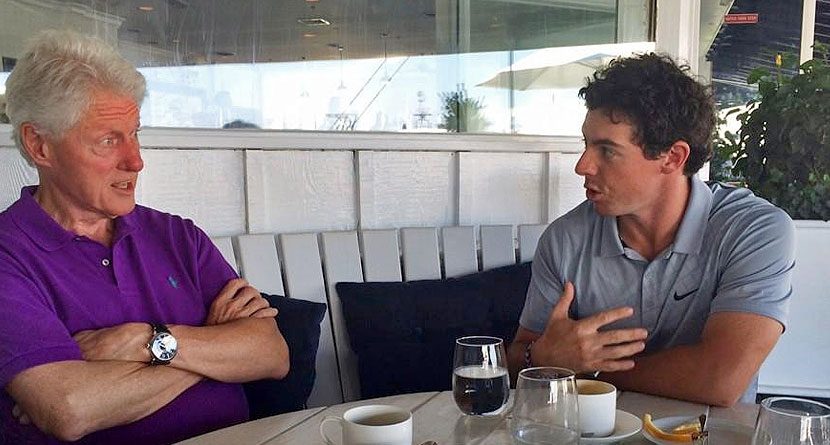 Rory McIlroy has been making the rounds since winning his fourth major at Valhalla, touring New York City and hanging out with Tiger Woods and Jimmy Fallon. Nearly a month later, McIlroy is still living the high-life.

He just purchased a $2 million condo in Palm Beach County, Fla., and now he’s having lunch with a former President of the United States.

McIlroy posted a photo on Twitter of himself and Bill Clinton enjoying a meal together, reportedly at Richie Notar’s Harlow East in Sag Harbor, N.Y.

Had a great time today catching up with @billclinton, always a pleasure and education spending time in his company! pic.twitter.com/6mlb8KEmzW

This isn’t the first time these two have spent some time together. Clinton and McIlroy hit the links in Ireland back in October.

Fantastic day in Ireland golfing w/@McIlroyRory and getting to know the great work of the @roryfoundation. pic.twitter.com/2qG0e88Zxp