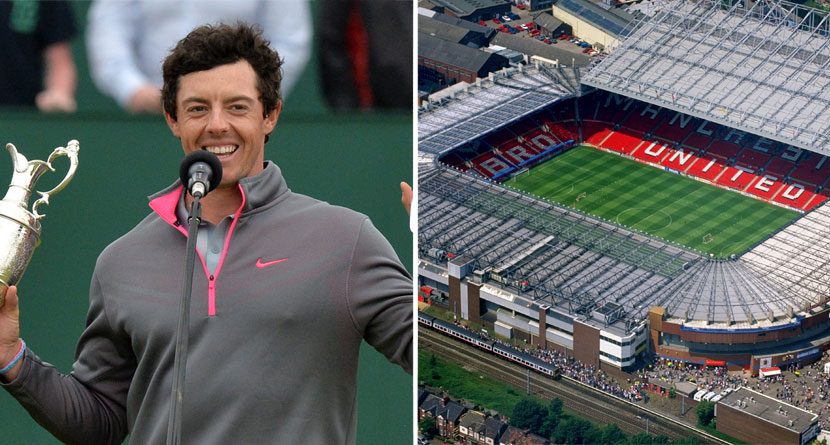 Well, maybe sharing that he’s a Manchester United fan with the folks at Royal Liverpool wasn’t such a bad idea for Rory McIlroy. He was booed heavily following his victory at the Open Championship, not because the fans were unhappy he won, but because he’s a fan of the wrong soccer team.

It’s like throwing out the first pitch at Yankee Stadium and saying “Go Red Sox!” That usually won’t go over well.

But in this case, the proclamation of his support for Manchester United has some fringe benefits. According to The Guardian, McIlroy was invited to parade the claret jug for United fans, most likely at the team’s first home match at Old Trafford on August 16.

I can assure you he won’t hear many boos that time around.

All in all, he may have upset a handful of Liverpool fans, but it paid off in the end.