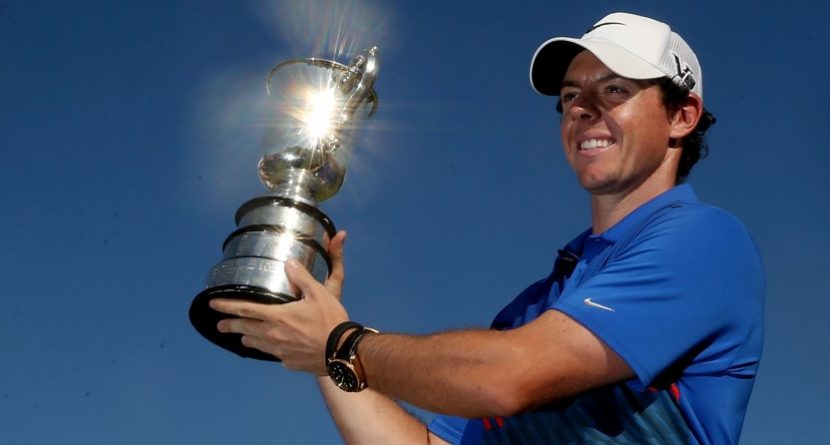 A lot of golfers competed in the Australian Open at the Royal Sydney Golf Club over the weekend. But there were two everyone really wanted to see: Adam Scott and Rory McIlroy. Consider the fans’ money well spent.

Scott was looking to become just the second Australian golfer to capture the country’s Triple Crown – winning the Australian Open, Australian Masters and Australian PGA titles in the same season. McIlroy was simply looking for his first victory in 2013.

McIlroy ruined Scott’s day. The Aussie held the lead after each of the first three rounds, and 17 of the 18 holes on Sunday. But Scott bogeyed No. 72, then watched McIlroy drop a 10-foot birdie putt for his first victory since November 2013 in Dubai.

Scott fired a course record 10-under 62 in the opening round, but went eight shots worse on Friday as McIlroy surged into contention with a 65. Still, the home crowd favorite took a four-shot lead over McIlroy into Sunday. Playing in the final group together, they were level after McIlroy eagled No. 7 and birdied No. 8.

But Scott jumped back ahead with a birdie on the ninth, they both birdied 13, and stayed level until the final hole.

Delighted to get the win today down under!! Great battle with Adam, absolute pleasure going down the stretch with such a great champion!

And so, McIlroy snatches a victory in his final open event of 2013. He won a head-to-head duel in October against Tiger Woods, and will play next week in Woods’ event, the Northwestern Mutual World Challenge, but those are invitationals. After seeing some glimpses, McIlroy’s now officially on his way back.

Scott, meanwhile, closes out a remarkable 2013. He captured his first major in April, becoming the first Australian to earn the Masters’ green jacket. He later won the Barclays, making a decent case for PGA Tour Player of the Year honors. Then Scott returned Down Under and claimed the Australian PGA and Masters.

He couldn’t add the Open for the Aussie trifecta, but Scott will take his year over McIlroy’s any day.