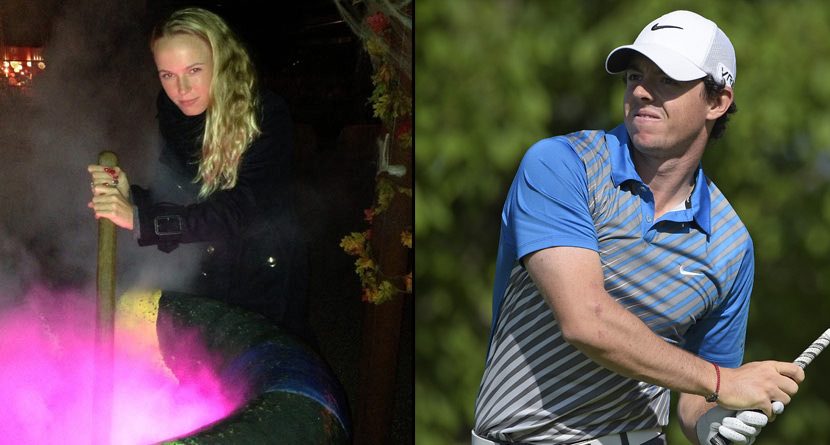 Call me crazy, call me paranoid, but is it a coincidence that Caroline Wozniacki changed her Twitter profile picture to one of her stirring a witch’s caldron just hours before Rory McIlroy posted a 43 on his first nine at Muirfield Village on Friday? I think not.

A little more than a week removed from their shocking split, McIlroy seems like he has readjusted to the single life a little easier than the spurned ex-fiancee, collecting a win at the BMW PGA Championship at Wentworth last week, and then posting an opening-round 63 at the Memorial. Wozniacki, on the other hand, got bounced in the first round at the French Open just days after the breakup.

Look, I’m not saying that Wozniacki cast a spell on her ex-boo, but I am saying that, well … you never know. Rory goes from shooting 63 for 18 holes to shooting 43 on just nine of them literally moments after she changes her profile picture to that of a spell-casting witch?

Smells fishy to me.