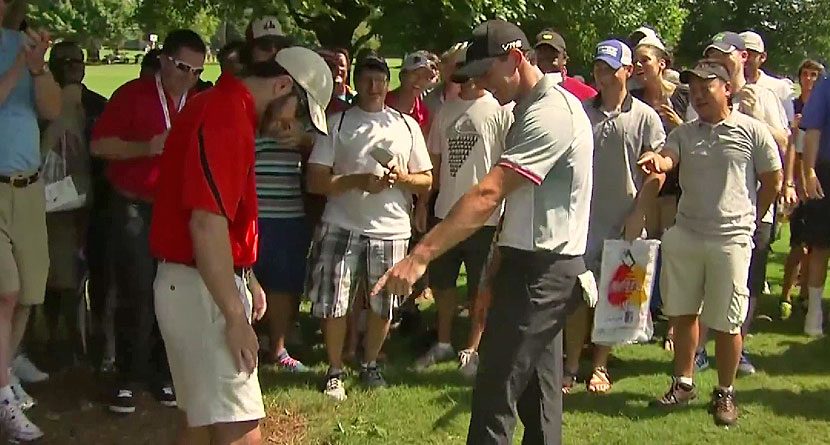 Rory McIlroy made one of the most unconventional pars you’ll ever see on the 14th hole at the Tour Championship on Friday. His tee shot found the trees and landed in an unfamiliar spot: a fan’s pocket.

Check out McIlroy’s exchange with the fan:

McIlroy would go on to make par (and a new friend?) on the hole, after giving the fan a somewhat awkward high-five handshake-type thing.

After his round, McIlroy explained whether or not he had to take the ball out of the fan’s pocket. (Hint: he made a wise decision)

“No, the fan took it out of his pocket,” He said. “I know how sweaty my pockets are right now. I wasn’t going in there.”

Two holes prior, McIlroy drilled the flagstick en route to a birdie. An interesting few holes to say the least.