Rory Says Tiger And Phil Are ‘Just Getting Older’ 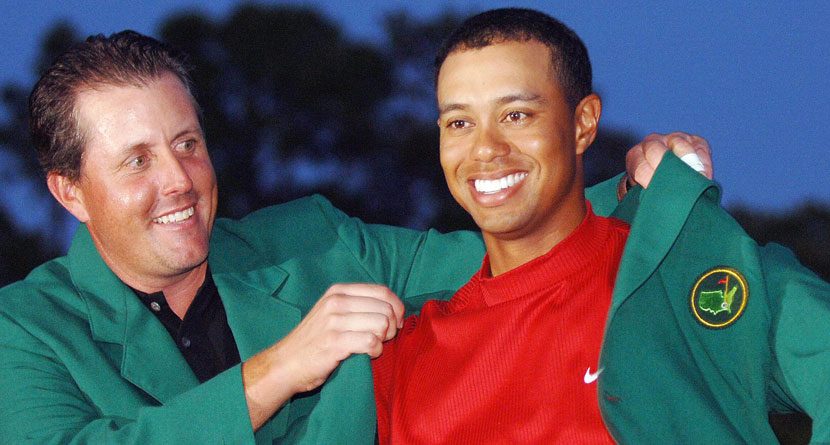 With both Tiger Woods and Phil Mickelson unable to qualify for this year’s Tour Championship for the first time in nearly 20 years, are we in the midst of the Rory McIlroy Era? Rory isn’t too sure. Yet.

During his recent press conference from East Lake Country Club – the site of the FedExCup playoff final — McIlroy offered his take on where both Woods and Mickelson currently stand in their respective careers.

“They’re just getting older,” McIlroy said Wednesday. “Phil’s 43 or whatever (44 actually), and Tiger’s nearly 40 (39 in December). So they’re getting into the sort of last few holes of their careers, and that’s what happens.

“It obviously just gets harder as you get older. I’ll be able to tell you in 20 years how it feels.”

Wow, Rory. Tell us what you really think. It should be made clear that McIlroy wasn’t passing judgment on either Woods or Mickelson; rather, he was offering a reminder of what has become the biggest elephant in the room: Tiger and Phil are closer to the end of the career than the beginning.

Got a question today about Tiger and Phil… Gave an honest answer, was very complimentary about the 2 best golfers of this generation

Golfers on average have a 20-25 year career, both into the back 9 of their careers… Don’t think there’s anything wrong with saying that.

There is no doubt that both Woods and Mickelson are fully capable of playing at the highest level – and succeeding at that for years to come – but they are clearly faced with new challenges that every athlete must address at some point in their career: Father Time.

Related Link: How Does Rory Measure Up to Tiger?