Round 2 Recap: Everyone Chasing McIlroy at Open Championship 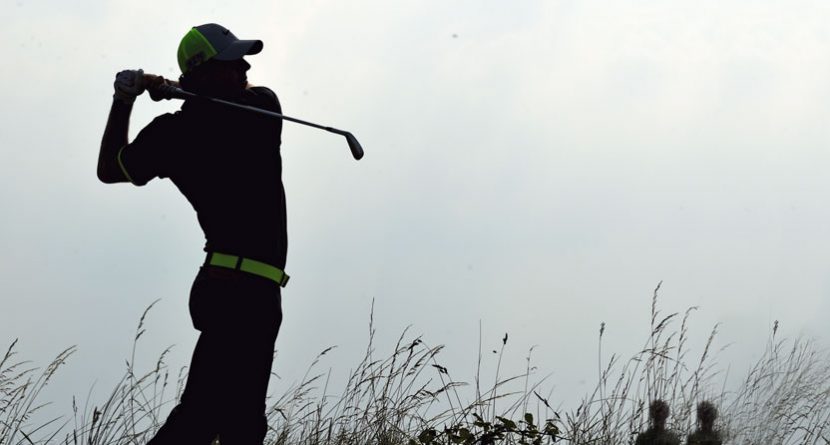 HOYLAKE, England — Rory McIlroy finally shrugged off the Friday blues and is threatening to run away with the Open Championship at Hoylake. He started off with a one-shot lead and finished four ahead after a second successive 66.

But it was a day that Tiger Woods will want to forget.

Woods, the 14-time major champion, was 3 under par at the start of the day. A shocking start and a seven at the par-4 17th took him to 3 over and he only squeezed into the final two rounds with a battling birdie at the 18th, his first of the day. A 77 was most certainly not what he had in mind. With George Coetzee moving to 5 under par before McIlroy had even teed off and Francesco Molinari getting off to flying start, the double-major champion knew that he needed to get the job done today with the minimum of drama. But that hasn’t happened too much this year. In fact, take away McIlroy’s Friday scores and he would have won at least four times so far. The problem is that when you shoot in the mid to high 70s, you are always playing catch-up, and his legions of fans feared the worst when he dropped his first shot of the week at the opening hole.

Up ahead, Woods appeared to have lost control of his senses. Reaching for a driver at the opening hole, he found thick rough to the left, hacked into even thicker rough on the left, flew the green, pitched back to 10 feet and two putted for a six. And when he dropped another at the second, he had gone from 3 under to level par in the blink of an eye.

Such is The Open.

As it turned out, McIlroy quickly got back on track. He played a delightful recovery from behind the third green to save par and then birdied the fifth and sixth, just as he did in round one, to move to 7 under par and increase his lead to two strokes over George Coetzee, who shot a 69 in the morning.

Woods, meanwhile, had gotten back on track with a string of pars and made the turn in 38. At level par for the tournament, he trailed McIlroy by seven shots.

And what of the Italian challenge? At the start of the day, Matteo Manassero was 5 under par and the Molinari brothers, Francesco and Edoardo, were 4 under. Francesco made a great start and briefly led, but a double-bogey derailed him. One of the gutsier players on tour, he then birdied the 10tth, 12th  and 14th holes to get back to 6 under. Edoardo bogeyed the fourth, eighth and 10th and his challenge seemed to be heading into the hay, but then he burst back into life and birdied the 12th, 13th and 14th. A dropped shot at the 18th left him on 3 under par.

Manassero, who has endured a miserable season, struggled from the start, looking like a totally different player from the young gun who marched up the 18th fairway on Thursday.

Sergio Garcia, still looking for his first major, dropped a shot at the first, but the Spaniard brought the crowds to the their feet when he holed his approach to the second for an eagle two. It was that kind of a day. Further birdies at the fifth and 10th took him to 6 under par and thinking that maybe, just maybe, that elusive title might still be within his grasp.

But McIlroy was having none of it, and a majestic iron at the eighth led to another birdie. Eight under, two ahead. And another wonderful iron to the ninth. This time he couldn’t take advantage of it, but the Friday demons had surely been exorcised. He put his approach to the par-5 10th into thick rough and almost holed out for an eagle. Another tap-in birdie took him to 9 under, three ahead. It could, and should, have been much better as he missed several birdie putts from around six feet.

And all the while Woods continued to struggle. Sure, he was grinding out the pars but, with putts being rolled in all over the course, what he really needed was magic of his own to join the party. This was a day when it just wasn’t happening for him, and he must have dearly regretted his start.

The American challenge was led by Jim Furyk, the veteran who literally seems to watch the grass grow on the greens, such is the length of time he takes to hole out. He found the surfaces to his liking. Starting on 4 under, he played steadily and putted well, picking up a birdie at the ninth. At 5 under, he was alongside Rickie Fowler.

Playing with McIlroy was clearly inspiring Hideki Matsuyama, the gifted Japanese player, who had picked up two shots by the 10th but still trailed the Northern Irishman by four.

Suddenly, seemingly from nowhere, there was Dustin Johnson at 6 under. The 30-year-old will feel that he should already have won at least two majors. The giant American was disgusted with his opening round of 71, and wasted little time getting his revenge on the course. He reached the turn in 33, and then added birdies at the 10th and 11th. Another came at the 17th following a massive drive. At 7 under he trailed the leader by four.

As the day drew toward its conclusion, there was a logjam behind McIlroy, each man waiting for him to slip up.

Not that McIlroy was bothered. His response was to hit another approach stiff at the 15th, hole the putt and move to 10 under. When he drove into a pot bunker at the par-5 16th, could only hack out, and put his third in a greenside bunker, he seemed certain to drop a shot. But a brilliant recovery allowed him to save par. The 17th hole, measuring 458 yards, caused problems all day. Not for McIlroy, who drove to within 50 yards of the putting surface. Yes, you’ve already guessed it — he birdied that too and moved to 11 under par.

McIlroy completed his day with a delightful pitch to the 18th green and finished the day 12 under par.

And still Tiger ground onwards towards the finish, looking for his first birdie of the day. He reeled off seven pars to see out the front nine. Seven more followed on the back, and then, disaster — a triple-bogey seven at the 17th took him to 3 over par. Now he needed a birdie at the last to make the cut. A bad day at the office quickly become a disastrous one. But he made the cut.

Among those to miss the cut were Boo Weekley, Miguel Angel Jimenez, Bubba Watson, Ryo Ishikawa and John Daly. And an amateur made it through to the weekend. John Singleton’s adventure came to an end, but the local man said he had loved the experience and was still stunned at the way the crowd had reacted to him, cheering him every step of the way.

One man who will get to play all four rounds, however, is the evergreen Tom Watson. The U.S. Ryder Cup captain, now aged 64, finished on 2 over par — right on the number. What an incredible achievement.