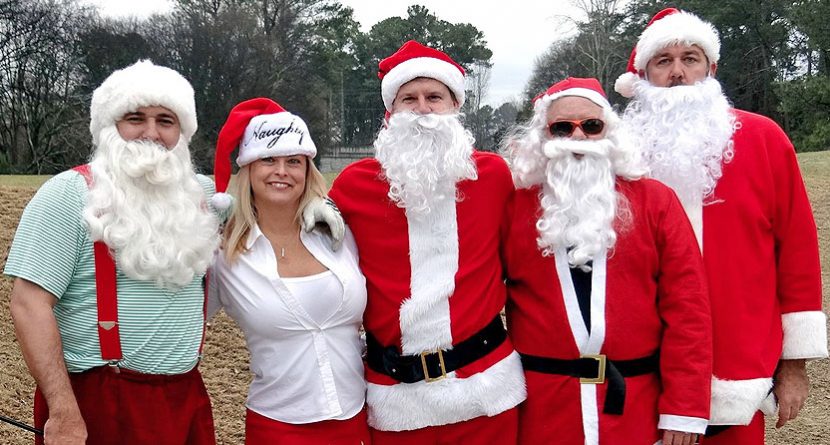 This is one of those ideas that remind me why I love golf so damn much.

On Saturday, Ansley Golf Club in Atlanta, Ga., hosted a Santa Claus golf tournament. Photos from the event have been popping up on various social media platforms through the week, including this ridiculous photo from PGA.com’s Twitter account.

I believe in you Santa! (And so do the folks at Ansley Golf Club in Atlanta) pic.twitter.com/ui9VTTjsXL

I don’t know what the difference is between a regular golf tournament and one with a ton of Santa Clauses (what’s the plural of “Santa Claus”? Santa Clausii?), but I need the rules sheet and an application. This looks like about as much fun as you can have this time of the year, especially for Grinches like myself.