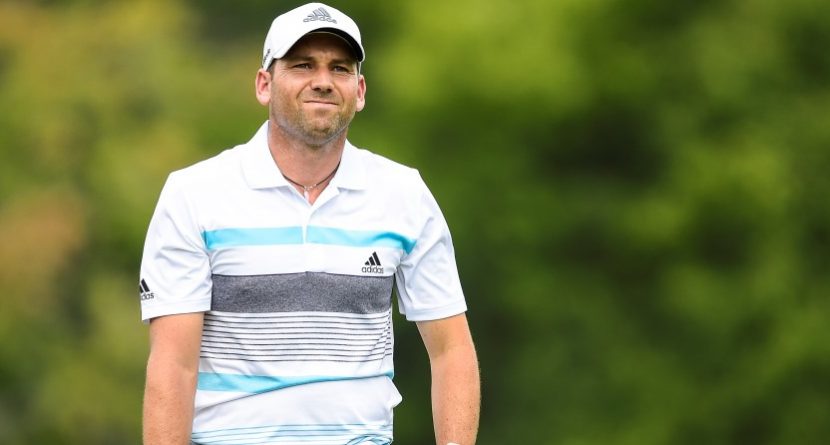 Sergio Garcia didn’t have the greatest Sunday, as he squandered a three-shot lead at the WGC-Bridgestone Invitational and lost by a couple strokes to Rory McIlory – the same order and margin of victory between the two Europeans two weeks ago at the Open Championship. It’s Garcia’s third consecutive runner-up finish on the PGA Tour.

But it could have been a lot worse.

On the third hole of the day, after Garcia’s lead had already been erased, he pushed his tee shot left into some fans. His ball smacked a woman right on the finger. Her left ring finger. The one where wedding rings reside. The diamond popped off and fell into the thick grass. A “diamond in the rough” the announcers quipped:

No matter your opinion on the sometimes mercurial Garcia, that was a classy move. Not just signing a ball and giving the woman a souvenir, but telling officials after his shot that he wanted her contact info if the diamond wasn’t found.

You may have heard: Diamonds aren’t cheap.

Then again, Garcia walked with $900,000 for his second-place finish (significantly more than the $785,910 he collected for the same result at the Open Championship). So that could’ve bought more than a few diamonds.