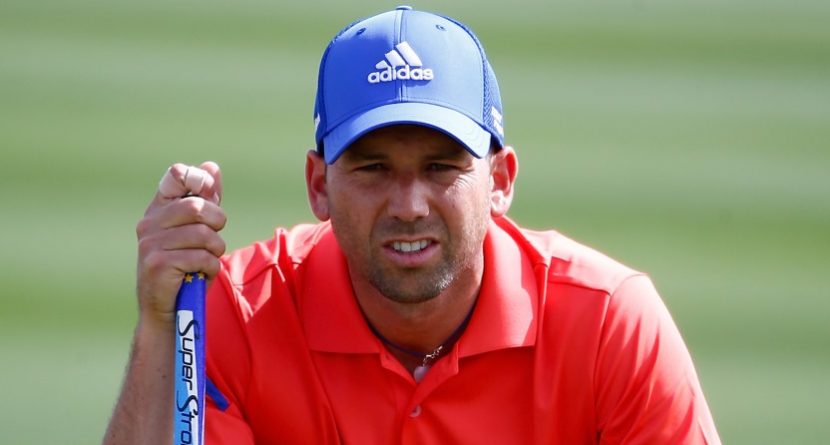 As much as Sergio Garcia has stuck his foot in his mouth in the past, he wants to be a nice guy. That couldn’t have been more evident on the seventh hole Friday during his match against Rickie Fowler at the Accenture Match Play Championship.

Garcia was 2 up when Fowler lined up for a 17-foot par putt. If he made it, they were likely to halve the hole as Garcia’s par putt sat under five feet away. But surprisingly, Garcia offered to halve the hole without Fowler even attempting the putt.

Fowler was shocked, saying afterward that at first he thought Garcia might be offering him half his sandwich or something. The two are buddies, so maybe that wasn’t all that abnormal. But to offer half a sandwich while Fowler’s lining up a putt? Clearly, Garcia was referring to the hole. And of course Fowler took it.

As mentioned in the video, the offer came because Garcia felt bad for holding Fowler up on the sixth hole. A swarm of bees surrounded Garcia’s ball and the Spaniard had to halt play to consult an official.

Who knows what would have happened had Fowler taken the 17-foot putt on No. 7. He could’ve sank it and Garcia could’ve made his and they halve the hole anyway. But odds are that Fowler would’ve missed, Garcia wouldn’t have, and Garcia would have gone 3 up.

Regardless, Garcia went 3 up after taking the eighth hole. But his lead dwindled from there as Fowler claimed the next two holes. They moved to all square when Fowler won the 16th hole, and Fowler took his first lead of the day when he claimed 18 as well.

Nice guy Garcia goes home. Fowler – also a nice guy, it should be noted – moves on to the quarterfinals to face Jim Furyk.