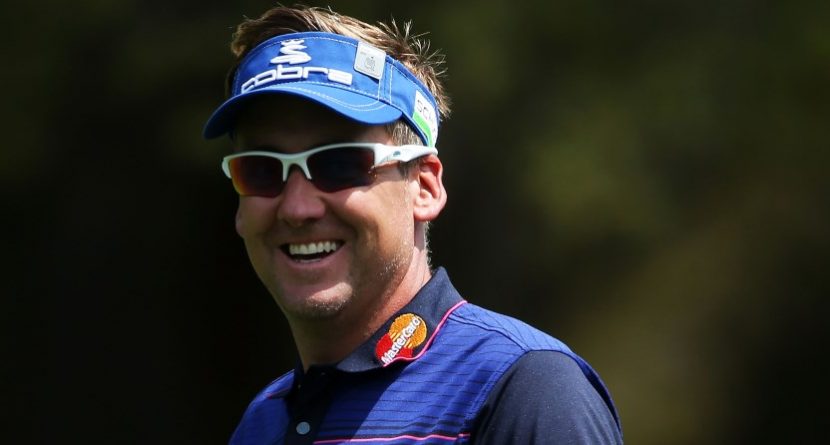 OK, so that’s not all that shocking these days. Both Hideki Matsuyama and Steve Elkington have been on the other end of Twitter tirades from Poulter recently. But this one seems to be all in good fun.

It started Thursday at the Arnold Palmer Invitational at Bay Hill, where Davis Love III wondered where Poulter’s bag fits inside the Englishman’s Ferrari. And Brandt Snedeker considering getting the fire authorities involved with that fire-red Ferrari parked in the fire lane.

Plenty of room on the passenger seat Davis. “@Love3d: Where does the tour bag go Ian? pic.twitter.com/xV2jwIx1IK”

Love spotted a new Poulter Ferrari on Saturday and thought of the genius idea to let the air out of the tires. After all, it was Poulter who took the air out of the Americans with his clutch putting at the 2012 Ryder Cup, at which the U.S. squad was captained by Love. We have no evidence one way or the other on whether Love really flattened the Ferrari’s tires, but he did snag Poulter’s parking spot on Sunday.

Easy to let air out of my tires, Easier to hole those putts. @Love3d I will pay back for those putts at Medinah! pic.twitter.com/JRLkep7LtB”

Poulter simply responded with a picture of his golf bag from the Ryder Cup, along with the trophy won by the Europeans.