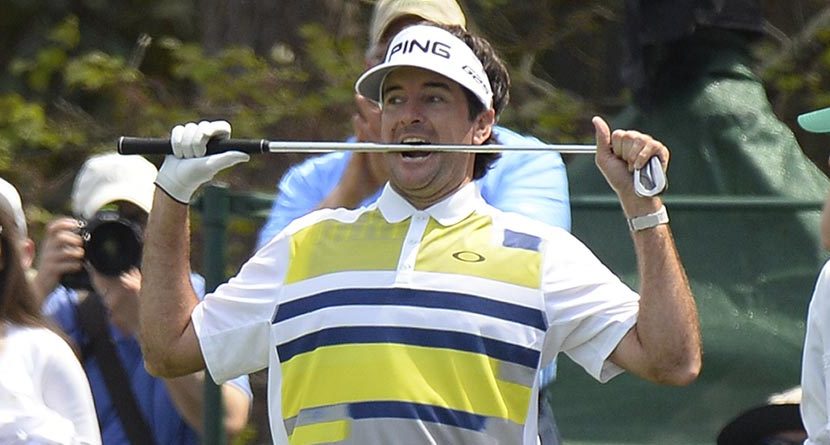 Bubba Watson leads the Masters by three strokes after two rounds, but he’s not quite ready to call himself a top-five player in the world.  After his second-round 68, Watson was asked to comment on his golf game since winning the green jacket in 2012, and he did so, taking a shot at Augusta State alum, Patrick Reed:

Reed famously claimed he was a top-five player in the world after winning the WGC-Cadillac Championship in March, but has yet to live up to his bold statement, ranking 23rd in the world (11 spots behind Bubba).

Now, Bubba isn’t comparing himself to Reed, he’s just making it clear that he has different (maybe more realistic) expectations.  While Bubba holds a three-shot lead, Reed will have to wait another year to win a green jacket after missing the cut, finishing eight-over through the first two rounds.