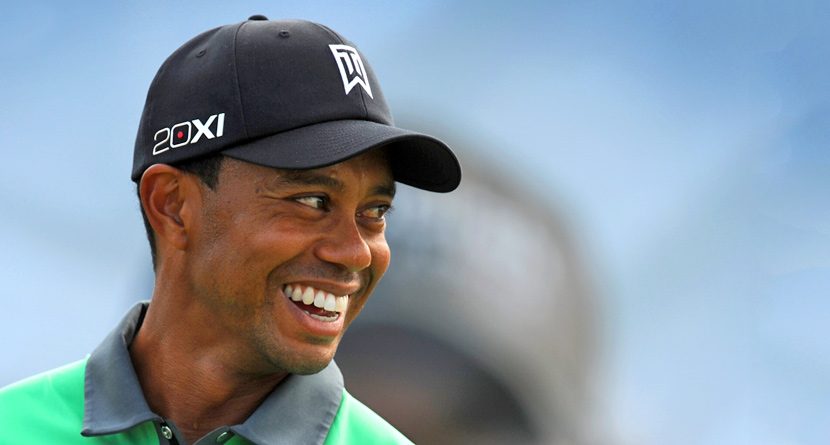 The golf season is officially underway with the start of the Waste Management Open, with Tiger Woods and Phil Mickelson teeing it up in Scottsdale, Ariz. while Rory McIlroy hacks it around Dubai. What better time for a mailbag? As always, send in your tweets to @shanebacon to be included in the next mailbag!

@shanebacon tiger will say anything less than a win is not a good week, but how would you measure a successful week for him?

Bacon: Ahh, a great start to the mailbag. As you mentioned, Ryan, Tiger of course will say he is teeing it up this week to win. It’s one of his favorite Tigerisms. But realistically, and judging by what we saw at the Hero World Challenge, here are what his goals should be:

– Work on aspects of your game that have been rusty (in this case, chipping, chipping and more chipping)

I think that’s the biggest thing for Tiger. He has to control his expectations at the Waste Management this week. It’s a golf course he hasn’t played since 2001, with some massive changes from Tom Weiskopf (check out the changes when we toured the course with Tom). I think a top-20 for Tiger would be a solid, solid week, and would set him up with a chance to then compete next week at Torrey Pines, a place he actually should expect to win if his game is even a bit more under control than it was at his event in December.

@shanebacon You’re playing the @WMPhoenixOpen and swag tossing is allowed again on 16, what’s Shane throwing in the crowd?

Bacon: It’s hard to beat this great idea from Ryan Palmer, who just decided to throw actual money in the crowd (“have a beer on me!”).

But I have a fun idea … toss Greenskeeper passes to the general public grandstands. For those that don’t know, Greenskeeper passes are like the golden ticket to those patrons in Phoenix, where freeze booze and loud music are at every turn. I think if you tossed those up in the crowd, you would have some fans for life.

I also think Uber gift cards would be a pretty fun thing to throw out, and might be a bit less expensive than my initial offer (plus, EVERYONE is taking Uber or Lyft home after a few hours at the Waste Management).

@shanebacon You have to put up $10K on someone becoming a first time major winner this year. Who’s your pony?

Bacon: I mentioned my picks for the majors in 2015 in my predictions piece right here, so I would go with one of those names. Torrey Pines will tell us a lot of what we should expect this year from Dustin Johnson, so I would probably lean towards Henrik Stenson over DJ for now.

That said, I think DJ is the most talented golfer, tee to green, without a major at this point. If he comes back with a hunger to get it done, I think he could win three or four majors before his career is done.

And my dark horse first-time major winner this season? Patrick Reed. GO AHEAD AND SHUSH ME ALL YOU WANT!

@shanebacon if you were being paid to follow one guy at every tournament he enters this year, who would it be and why?

Bacon: The quick answer is Tiger before you realize how massive those crowds are and how tough it is to simply see him hit a shot, much less follow him for 18 holes. Rory is a guy I enjoy watching in person because you just can’t believe how much power he has until it’s in your face.

Bubba is never a bore, considering he’s never hit a straight golf shot in his life. But, my answer? Camilo Villegas. If you’re wondering why, just go out and follow him for 18 holes and pay attention to your surroundings. Then you’ll understand.

@shanebacon If you were Robert Allenbys agent how would you have advised your client to handle his situation?

Bacon: Honestly, the story is so murky I don’t even really know where to start, but just for every future athlete out there, one major point of interest; blasting the media TO THE MEDIA is never a good course of action. That’s all.

@shanebacon You had to pick three holes for an exciting finish where anything can happen…. Which three you picking?

Bacon: Kyle gets a gold star for the best question of this mailbag.

My interpretation of the question is any three holes pieced together to make a fun finish.

So, I’ll say, my 16th hole would be the 17th at TPC Sawgrass. I like the idea of a crazy par-3 in there, but I want players to have two chances to make up some shots if they hit it in the drink there. My 17th hole would be the 10th at Riviera. I love a risk-reward hole, and the 10th there can give up eagles and double-bogeys. It would be fun to see guys coming down the stretch decide on a certain strategy depending on what they needed and where they stood.

And my 18th is easy. Pebble Beach. A par-5 finishing hole where you can make eagle or pull your tee shot in the ocean and lose the golf tournament? Count me in. I think the 18th at Pebble is one of the most fun finishing holes in the world, and after an island par-3 and a drivable par-4, you close with a hole where really anything can happen.

@shanebacon what club has been in your bag the longest?

Bacon: A question that every equipment writer in the world fears! But, you asked and I’ll answer; I’ve had my Odyssey Versa #7 in the bag for nearly two years. I love that putter and feel when I’m making even a decent stroke, I can hole a lot of short putts to keep my round going.

I have never been a guy that liked changing putters that often, and this one seems to be money for me.