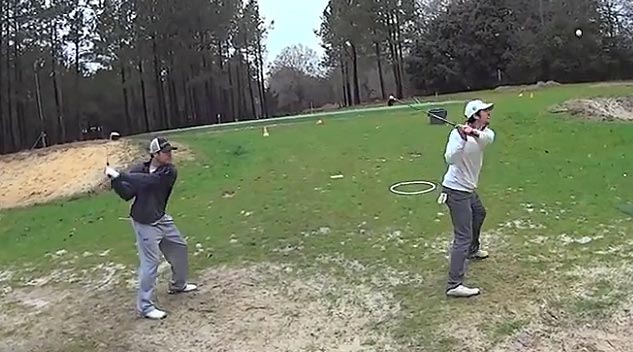 Either golf trick shots are getting crazier by the day or we’re just seeing more and more of them because of the lovely medium that is social media. Probably a little of both.

Regardless, meet the Bryan brothers — Wesley and George — who are the MVPs of March. In the past two weeks, they — along with some help from Shaw James — have posted three phenomenal trick shot videos to their YouTube channel. Here’s the latest dandy:

@Back9Network what do you think of these shots? http://t.co/bDVaCownB0

That gem was preceded by part one:

So we had to ask: How long do these videos take to make?

“Usually each shot takes anywhere from a couple minutes to 10 minutes,” George told us via Twitter. “It usually takes longer getting videos on to computer.”

How many takes do you guys need?

“A few of the shots we have knocked out in like 3 or 4 takes… it’s usually me the set up man who makes all the mistakes,” George said.

Which shot was the hardest?

“The lefty bank shot was the hardest because I had to chip it in the correct place off the board and then Wes had to hit it on top of that,” George said. “Left handed I might add.”

Well done, fellas. We’ve got our popcorn ready for more.