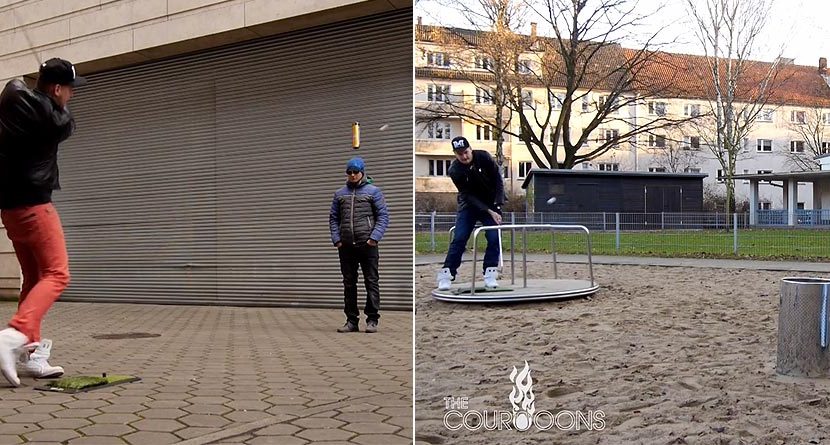 The possibilities are endless when you bring a wedge, golf ball, and hitting mat everywhere you go — particularly when you’re gifted in the department of performing trick shots. Who wouldn’t love to hit golf balls off of playground equipment, or bounce a shot off of a brick wall and into a dumpster.

The duo roamed the mean streets of this unknown city, hitting golf balls off of everything you can imagine.

Letting a guy wearing Floyd Mayweather’s “The Money Team” hat, high-top sneakers, and a leather jacket hit a golf ball at my head isn’t on my bucket list, nor will it ever be. I wouldn’t mind attempting to pull off some of the shots these guys do, though.

If you enjoyed this video as much as I did, you’re in luck. This is just the first golf trick shot video the Courooons have done, with more likely to come.