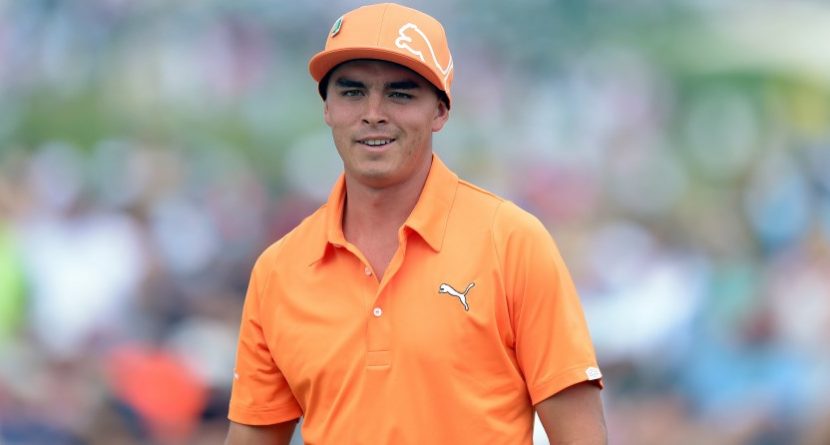 Fair or not, golfers are judged on their performances in majors. Actually, most athletes are judged that way – LeBron James didn’t get full credit until he won an NBA title; Peyton Manning is good but not great because he only has one Super Bowl – but golfers have four such events every year, whereas most athletes get just one shot a season at a championship.

So with 2014’s first major in the books, let’s take a look at who improved their stock and who crashed. Of course, Masters champ Bubba Watson was a stud, taking his second green jacket in three years with a three-shot victory. But after him, here were Augusta’s studs and duds:

Jordan Spieth: The 20-year-old kid had legions of fans pulling for him to become the youngest Masters champion ever. And he looked set to satisfy them, moving from a tie with Watson atop the leaderboard to start the day to a two-shot edge over his playing partner after seven holes. But consecutive bogeys closed out his front nine, as Watson carded consecutive birdies, and Spieth could never pull even again. Still, T-2 and $792,000 is not a bad Masters debut. Jonas Blixt: Steady was the Swede all week. Blixt came in ranked 56th in the world and also having never played Augusta before. But he leaves with his best major performance ever (T-2), a cool $792,000, and a chance match his career-high world ranking (34th). After opening with a 2-under-par 70, he carded 71s the rest of the way out.

Miguel Angel Jimenez: If you’re on Twitter, you probably saw this gentleman blow up your feed on Thursday and Saturday. That’s what happens when a 50-year-old Spaniard who fancies fine cigars and elaborate stretching, and looks nothing like your average golfer, hangs in contention. His 1-under 71 on Sunday placed him fourth overall, his best finish ever in 15 Masters appearances.

Rickie Fowler: Yet another best-ever finish at the Masters was turned in by the flashiest player in the field. The 25-year-old’s game matched his nice clothes, and his T-5 result matches the best major performance of his career (he also tied for fifth at the 2011 Open Championship).

Bernhard Langer: Jimenez made waves, and so did Fred Couples as 50-somethings playing with the big boys at the Masters. But as Couples faded (final-round 75 to place T-20), Langer rose with a 3-under 69 on Sunday. The 56-year-old German finished T-8, his best finish in 10 years at Augusta, where he won in 1985 and 1993.

Rory McIlroy: There are always high expectations for McIlroy, and unfortunately, he’s probably not going to meet them until he wins another major. For that reason only can we call a guy a “dud” for finishing in the top 10 and recording his best Masters finish ever. But before a final-round 69, he barely made the cut and lost to a marker (a tournament representative who plays when an odd number of players make the cut) on Saturday. Phil Mickelson: Lefty was only one shot worse than McIlroy after two rounds, but that put him on the wrong side of the cut line for the first time at the Masters since 1997. In his last 15 starts at Augusta, he’d placed among the top 10 all but three times. This is what he has to try to build off as we look ahead to the year’s second major, the U.S. Open, which is, of course, the only one Mickelson has never won.

Sergio Garcia: Just when Garcia was playing some of his best golf in years – he moved to No. 6 in the world, the highest he’s been since 2009, after a third place at the Shell Houston Open – he stumbled at the Masters and missed his first cut of the season. He’s played the Masters 16 times with only three top-10s to show for it.

Patrick Reed: This was Patrick “Top 5” Reed’s chance to really show he belonged with the world’s best. They put him in the “young stars” group with Spieth and McIlroy for the first two rounds. Those two went on to place in the top 10 while Reed missed the cut at 8-over. His No. 23 world ranking will not improve.

Dustin Johnson: Johnson also picked a bad time to miss his first cut of the season. He was arguably playing more consistently than anyone in the world, with five top-10s in seven official PGA Tour events. But sitting at 7-over after two days, he also missed his first cut at the Masters.

Related Links: Spieth is Coolest 20-Year-Old | Watson is Not Average